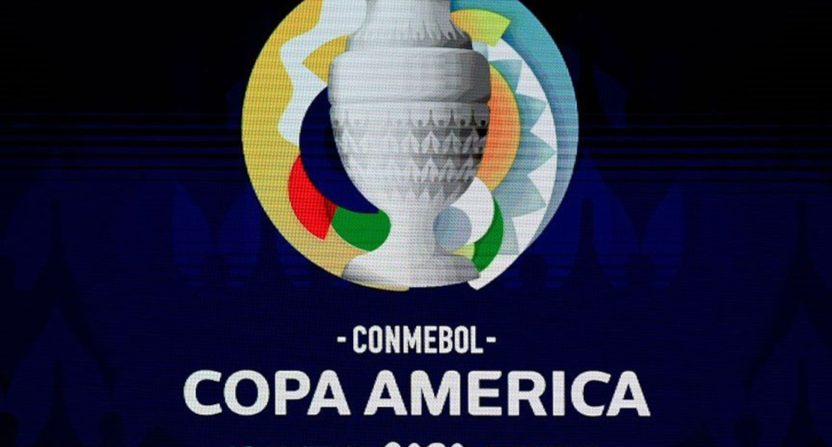 Just two weeks before the 2021 Copa América (the main CONMEBOL/South American men’s international tournament) was set to start on June 13, that tournament is now moving to Brazil. This Copa América was initially set to be held in Argentina and Colombia last June, but was postponed due to the COVID-19 pandemic. Then, on May 20, Colombia was removed as a co-host thanks to both waves of street protests and pandemic concerns. And on Sunday night, CONMEBOL officially announced that Argentina won’t be hosting either:

Whoa boy. The Copa América has been pulled from Argentina. It will go to another country. https://t.co/hJCWXO8Usn

On Monday, CONMEBOL announced that the tournament will now be held in Brazil. But as Reuters’ Karolos Grohmann notes, that doesn’t solve the pandemic issues, with Brazil’s 459,045 COVID-19 deaths to date second only behind the U.S. (as per World Health Organization data):

it's official: #CopaAmerica2021 to be played in Brazil, with the country struggling with the pandemic with almost half a million people dead.#Brazil https://t.co/cSjNb85YXT

Why is the tournament being moved? Well, there had been major concerns raised by many Argentinian politicians about staging the event there, given that Argentina currently has some of the worst daily cases and death numbers from COVID-19. And it was unclear if Argentina would take on the entire tournament after the other half was taken away from Colombia, and it was unclear if CONMEBOL would follow the protocols the Argentinian government wanted to have in place. Now, it won’t be played there at all. Here’s more on that from The New York Times:

Last week, President Alberto Fernández called this Argentina’s “worst moment in the pandemic” and announced stringent lockdown measures. The country now ranks third in the world, after neighboring Uruguay and Paraguay, in the number of deaths per person over the past week, according to data compiled by The New York Times.

It’s a little surprising to see this headed to Brazil, as that country wasn’t even mentioned among relocation possibilities recently. As per a piece from Daniel Edwards published Friday at Goal, Chile, Ecuador and Venezuela all offered to take on hosting duties, but Chile (which has made more vaccine progress than most of South America) was the main alternative country being considered then. But Chile is still facing severe pandemic case numbers, and there was some local opposition there. The idea was also floated of moving the tournament to the U.S. (which hosted and took part in the special Copa América Centenario in 2016, and also bid for the 2020 event), but there are huge challenges with doing an event like that with even a lot of lead time, much less with two weeks’ notice in the midst of a pandemic. And moving the tournament later would have been incredibly difficult given the crowded international soccer calendar.

So it now looks like the tournament’s going to go on as scheduled, but in a different country. And that may pose some challenges for broadcasters, including U.S. broadcasters Fox Sports (English) and Univision/TUDN (Spanish). We’ll see how they adapt to this short-notice change, and we’ll see how this tournament goes.

[Jonathan Tannenwald and Karolos Grohmann on Twitter; The New York Times; photo from Inside Sport]