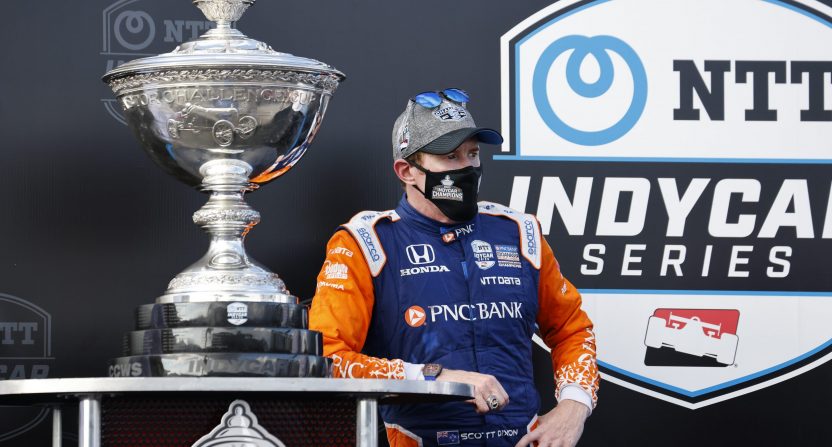 For the NTT IndyCar Series, they have been all over NBC. This season, about half the races are on NBC with half on NBCSN and most practice and qualifying sessions on Peacock. NBC has provided the kind of marketing and promotional coverage to IndyCar that they haven’t seen in decades but this relationship might possibly be ending after the 2021 season.

According to John Ourand and Terry Lefton of Sports Business Journal, both the sanctioning body and the network “are beginning to envision life without the other” and possibly won’t be together in 2022. They make clear that talks haven’t broken down and it’s entirely possible that IndyCar will be back on NBC but there is a lot more uncertainty as to the future of IndyCar on NBC.

If IndyCar and NBC decide to go their separate ways, CBS is reportedly the likely destination for the series. It’s unclear if that means races would go to CBS, CBSSN, or Paramount+ but CBS has had a renewed focus in motorsports over the past year. They recently took over Formula E rights and will have the new Superstar Racing Experience on regular CBS in June. And as SBJ noted, CBS chairman Sean McManus told them that they “would look into other auto racing rights when their deals came up for renewal.”

NBC, or at least the NBCSN channel, has had IndyCar rights since 2008 when it was Versus and NBC wasn’t yet involved. When NBC took over, they expanded their IndyCar footprint and took over exclusive rights from ABC/ESPN beginning with the 2019 season. That year, the Indy 500 moved off ABC for the first time since 1965 and this year’s race will be the third on NBC.

There are a lot of unknowns but IndyCar must be enjoying the options they have in front of them. A decision should be made later this year with the new TV deal starting in 2022.