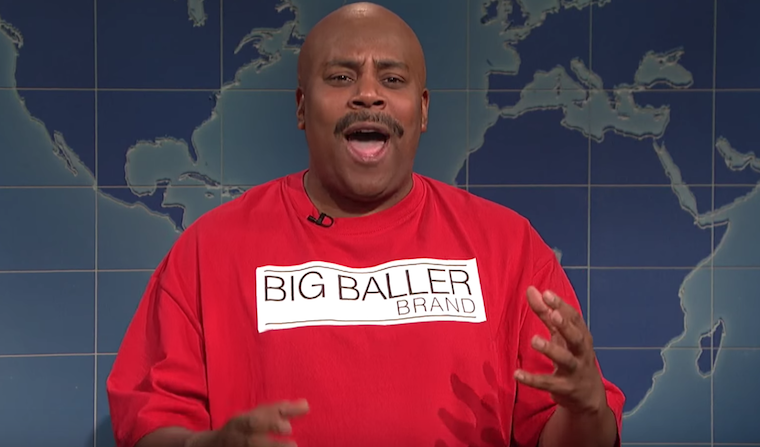 Saturday Night Live has probably used LaVar Ball as a recurring character a bit too often this season. But with the Los Angeles Lakers’ 2017-18 season now over — and SNL nearing the end of Season 43 — bringing back LaVar (Kenan Thompson) for a postscript on his son’s rookie campaign seemed appropriate.

How well did Lonzo Ball perform in his rookie NBA season? LaVar took issue with Update co-anchor Michael Che saying that Lonzo “did fine.” Fine? According to LaVar, he was dominant.

“My boy averaged 50 points a game! 100 assists! 500 touchdowns!” raved LaVar. “And he was just certified a hundred percent fresh by Rotten Tomatoes. Never lost!” Check out the clip:

Che then pointed out that Lonzo actually averaged 10 points a game and wasn’t even the best rookie on the Lakers this season. Kyle Kuzma averaged 16 points and six rebounds per game. Naturally, LaVar didn’t want to hear it.

“Maaaan, don’t talk to me ’bout no Kyle Kuzma,” scoffed LaVar. “He’s just keeping that seat warm on that Laker bench until my other sons get there! LiAngelo! LaMelo! And my long-lost Mexican son, La Biblioteca!” Maybe he encouraged a derisive response from LaMelo to a Kuzma Instagram post this past week. 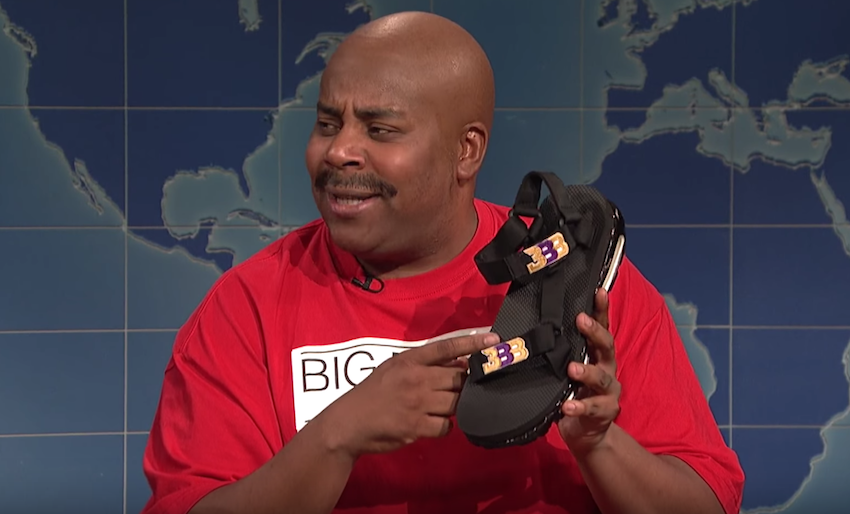 Above all, LaVar Ball is here to sell us something. Have sales plateaued on the ZO2? LaVar isn’t saying, but he has a new shoe ready to go for the summer, when feet need to breathe in the warmer weather: The ZOTeva! Lightweight, breathable and with a back strap that will rub your heel raw — all for just $500 a pair!

Maybe they’ll be wearing those in LaVar’s Junior Basketball Association, which is currently having difficulty attracting high school talent to populate the theoretical eight-team league.

“Weekend Update” is always more fun when bringing back certain characters regularly. LaVar doesn’t seem to be as popular as others like Drunk Uncle, Tim Calhoun, Eric and Donald Trump Jr., or One-Dimensional Female Character. (And those are only more recent characters. We could go much further back into SNL history.)

But as long as LaVar ball keeps making news, he’ll probably keep popping up to keep SNL fans updated on his latest business ventures, which might include a “contentinental” breakfast with three cereals fresh from the screw-tap. (“Regular mini-wheats only! Never frosted.”)