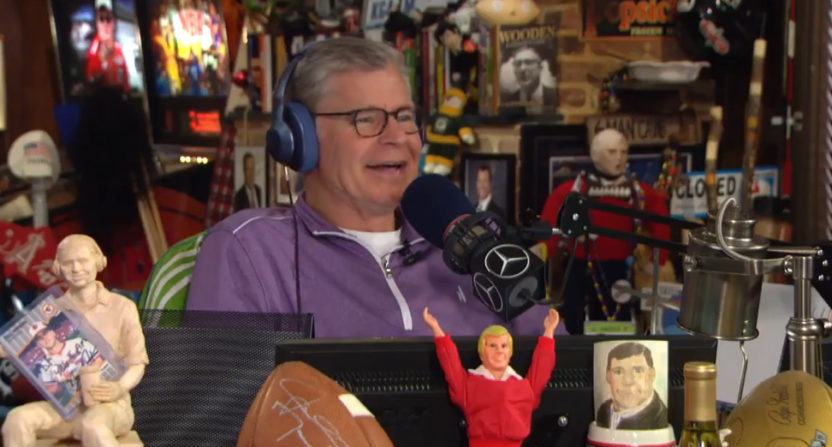 As The Dan Patrick Show begins its exclusive run on NBC’s Peacock streaming service, the veteran broadcaster is looking to increase his footprint in the on-demand audio space.

Patrick is partnering with iHeartMedia to create The Dan Patrick Podcast Network. The network will launch with three shows providing a mix of sports and entertainment.

For sports fans, The Battle For L.A. will probably be of most interest. The podcast will focus on the history and rivalry of the Los Angeles Lakers and Los Angeles Clippers, both currently among the top teams in the NBA. Attracting top free agents like LeBron James and Kawhi Leonard, how have both teams shifted influence within sports and culture to the West Coast.

This one could be particularly timely if the Lakers and Clippers match up in the 2020 Western Conference Finals. According to the official release, The Battle For L.A. already has TV and film attachments with producer Michael Sugar (13 Reasons Why, Spotlight) and his Sugar23 company.

The other two shows are based in the entertainment industry.

Two Guys From Hollywood is hosted by agent Alan Nevins and chef Joey Santos. The two will share their experiences and interactions with figures in Hollywood, touching on pop culture, movies, books, and food with some famous friends as guests. And Meeting Tom Cruise will feature celebrity guests talking about their encounters with the blockbuster actor. Hosts Jeff Meachum (black-ish) and Joel Johnstone will also discuss Cruise’s movies and regularly respond to news on the star.

Will that include Cruise’s recent trip to London to watch Tenet, which hasn’t yet been released in the United States?

If Meeting Tom Cruise gets anything from someone involved with his movie in outer space, that could be an interesting listen.

Availability shouldn’t be a problem for shows on The Dan Patrick Podcast Network. The iHeartRadio app is available on smartphones, in addition to smart devices, smart TVs, and gaming consoles.

Presumably, the shows will also be available on popular podcast apps like Apple Podcasts, Spotify, and Stitcher, unless this is an exclusive arrangement. These podcasts will also be promoted on The Dan Patrick Show.