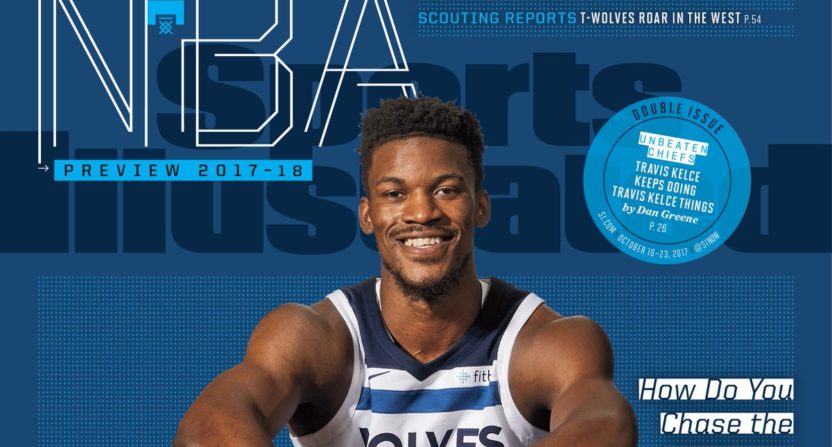 With 38 issues in 2017, Sports Illustrated had already been reduced to something short of a weekly magazine. Now, the magazine is cutting back again, with plans to publish only 27 issues in 2018, including the Swimsuit issue, according to the Wall Street Journal.

The change is part of a broader strategy by SI’s flagging parent company Time Inc., which will also reduce the circulation of Time and the print frequency of Fortune, Entertainment Weekly, and four other titles.

This is obviously bad news for the many longtime lovers of Sports Illustrated, but there is at least some silver lining. Time Inc. chief executive Rich Battista said he the company will shoot for fewer issues but more in each issue, with SI as a prime example.

In a bid to make it a premium property for readers and marketers, the magazine will publish more editorial pages in each issue and print on heavier paper stock.

“It will literally be a weightier, heftier product,” said Chris Stone, the magazine’s editorial director. “The average issue will have 23% more editorial pages, which means we can be more immersive in our storytelling and more ambitious with our photography.”

This cutback is not surprising, given a report in July that suggested SI might publish as few as 24 issues next year, as well as the well-documented struggles the magazine, as well as Time Inc. as a whole, have faced. SI has downsized steadily in recent years, with SI dropping from 51 issues in 2015 to 45 to 38 and now to 27.

Of course, SI used to be both weightier and more prolific than it is now, before the internet came along and made magazines less essential for readers and therefore less appealing for advertisers. The biggest adjustment for SI (as well as Time and dozens of other magazines) has been shifting from a news-focused product to a feature-focused product. Everyone who picks up SI the week after the Super Bowl will already know what happened in the game. It’s now the magazine’s job to provide some level of insight unavailable in a box score or a basic game recap. That becomes even more important with a biweekly publication schedule, which allows readers to practically forget all about certain events before SI gets around to writing about them.

But maybe the fact that SI has been forced to move away from news (or even newsy features) could be good news for those of us who love the magazines longer-form stories about more obscure corners of the sports world. Some of the best SI pieces of the past decade have been about a college rower in the final stages of cancer, the son of a murderous ex-football player, a gay Welsh rugby star, and a down-on-its-luck small town’s obsession with high school football. Maybe with more room to fill in each issue and less news-focused content to fill it, the magazine will invest even more heavily in those types of stories. Or so we can hope.