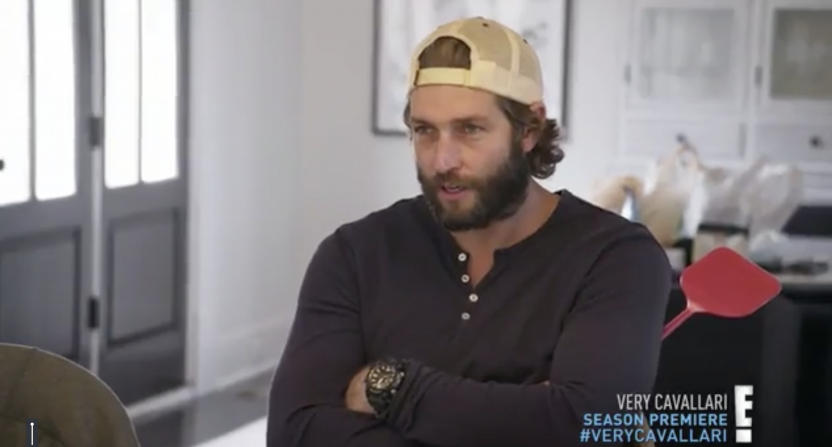 Very Cavallari is back for a second season, and so is our coverage of everyone’s favorite Nashville train wreck. The premiere, Don’t Want No Llama Drama, aired Sunday. Check out new episodes at 10pm ET on E!.

A lot has transpired in the six months since we last saw The Cavallari-Cutlers. They moved into their farm house in the country with their three children and 30 fowl. 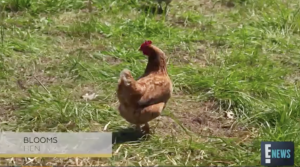 Blooms. Hen. This is my favorite title card in a reality show, ever. They later learn that Blooms is in fact a rooster.

Kristin affirmed that she and Jay will continue to keep their three children out of the limelight this season, stating that the rug rats should be free to make their own decisions about about being on TV. This feels like responsible parenting until you remember that Kristin is an anti-vaxxer, so yeah, maybe the kids can avoid ending up like Macaulay Culkin, but they might get small pox. Also, if you were hoping to catch a glimpse of Jay attempting to parent this season, I’m sorry to disappoint you.

Kristin’s business, Uncommon James, is thriving which is probably unrelated to it being featured on a popular TV show. They have expanded their lines, substantially increased staff, and are moving into the children’s clothing space with Little James. Brittainy was promoted to Head of Operations and is responsible for as many as 50 employees. Again, she is the only person on this show that I would trust with a sharp object. Reagan is as flighty as ever and is still working in the store doing whatever it is that she does. And then there’s Shannon, who is still doing a half-assed job of running social media.

Here she is, on camera, saying, “One might argue that I don’t do any work, however…” This, my friends, is what they call foreshadowing.

When Jay Cutler considers you apathetic, you know you’re in trouble pic.twitter.com/QPEbYV4OTh

Human shampoo ad, Wirth Campbell, is no longer working at Uncommon James and has instead decided to open a gym right next door with a little-known country music artist named Tim McGraw.

Speaking of country music singers, Kristin and her best friend Kelly (she’s the one who dated The Canadian), take a trip to Brett’s Barn, a rescue facility owned by Caroline and Luke Bryan, and is named for their niece who passed away. This place is filled with mini horses, kangaroos, and other fabulous creatures, and I just looked up flights to Nashville in hopes I can visit soon. Kristin eyes a llama named… I want to say Peppa? Pecka?

Kristin eyes a 2-year-old llama named Pekka and Caroline tells her to take Pekka home for a few days, and I have so many questions, not the least of which is how the fuck you gonna get this llama home in your SUV?

Luckily Luke Bryan has a trailer, so the llama didn’t have to ride shotgun.

Brittainy reveals that she and Jon Stone almost broke up after seeing themselves on screen last season. You might think it’s because she finally realized that he’s a huge wanker, but no, Jon felt that Brittainy didn’t have his back. As if this unwashed pud would give up on Brittainy AND his 15 minutes of fame!

This season, Jon is sporting a new look. He’s lost the terrible hat, but it’s far from an improvement. It’s kind of like when you see Kid Rock and think, “Jesus, take that god-awful hat off.” And then he does, and you’re like, “Never mind. Put that shit back on immediately.”

During her lunch with Jon, Brittainy receives a call from Kristin trying to locate Shannon, who is MIA again. She’s not in the office and is ignoring Kristin’s texts and calls. And this is, like, the 10th final straw for Kristin. I feel like I’ve seen this scene play out at least eight other times before: Shannon didn’t post enough on Pinterest, a link was broken, she didn’t respond to customer questions, she forget to announce a launch, etc. Is anyone as bad at anything as Shannon is at managing social media?

Kristin tells Jay about her growing frustration with Shannon, and the two then engage in a role playing session (see Best Jay Moment below) so Kristin can practice firing her. Of course, I didn’t expect that to happen,  but it did. Kristin fired Shannon, and here is Shannon’s response on the show:

And then on social media last week:

It’s comical that society as a whole is embracing women empowerment but y’all are real quick to give the title “Boss Babe” to someone who’s tearing down women. Screaming & cussing in the work place to those who are below you doesn’t make you a “Boss Babe.” It makes you a jackass.

The Uncommon James staff seemed to take the news in stride. Some are, perplexingly, surprised by the news, which seems odd if you’ve worked there or watched the show at all. And then there’s Reagan who tells Kristin “I’m still here and you can trust me until you have a reason not to.”

Stock Up: Kristin
She finally fired Shannon and this scene with her and Kelly having oysters was hysterical.

Maybe one day she’ll even learn that “incidences” isn’t a word.

Stock Down: Shannon
Shannon is officially out of business. I’ll be curious to see how Very Cavallari fills the drama void left by this firecracker.

Best Jay Moment
The scene in which Jay persuades Kristin to role play firing Shannon, while he is wielding a fly swatter.


Did Shannon Cry? Of all the times when it would be appropriate for Shannon to cry, this would be the episode. But no, no crying. She did, however, get her shoe caught in the wood floor during her dramatic exit.