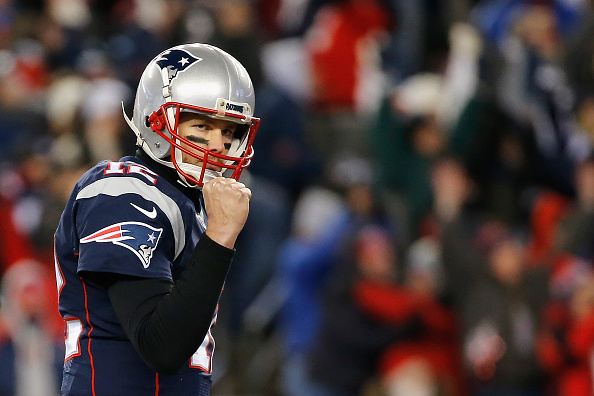 Nobody does 24/7/365 news quite like the NFL, where even scheduling details earn headline news stories. You have to hand it to the league because they’ve been able to make every game seem like a major event, which might be easier when you play just 16 regular season games instead of 82 or 162.

One of those “major event” games has become the Thursday night opener to start the regular season that honors the defending Super Bowl champions. It’s become a tradition that they get to raise the banner and celebrate the title to begin the year.

Once again that’ll be the New England Patriots. And it just so happens that with the AFC East matching up with the NFC South this year, the NFL could schedule the juicy Super Bowl LI rematch for opening night. But that doesn’t look to be the case, surprisingly. Instead, it’ll reportedly be the Chiefs who will get that slot against New England while Atlanta gets their own special night to open their new football stadium/international space station.

Details via the Boston Globe:

The Patriots’ opening game on Sept. 7 at Gillette Stadium will almost certainly be against the Chiefs, who are coming off a 12-4 season and an AFC West title. A rematch with the Falcons was an option, but they are likely to open the season at home on “Sunday Night Football” to debut their new stadium.

This is a surprise because given how unforgettable Super Bowl LI was and how few times you can actually schedule a rematch from opening night with the cross-conference divisional rotations, you’d think the NFL would want to take advantage of that and get the highest ratings possible for opening night. Patriots-Chiefs is a fine matchup, but it definitely won’t draw in viewers like a Super Bowl rematch would from the greatest comeback in the history of the game.

Maybe it’s because the NFL feels bad for Atlanta and wants them to have a showcase of their own to open up their new building. The NFL loves insanely expensive new stadiums after all. Maybe the Falcons will christen it with a “We led the Super Bowl 28-3” banner to mark the occasion.