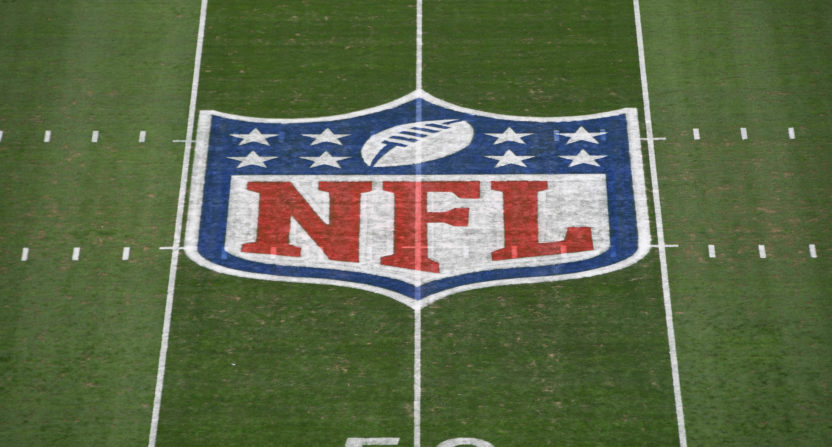 The NFL’s owners and players are both talking tough ahead of the current collective bargaining agreement’s expiration (after the 2021 season), and it appears the owners have taken a controversial tactic to try and prepare financially for a potential lockout. As per Daniel Kaplan of Sports Business Journal, Green Bay Packers’ president Mark Murphy confirmed recently that the league’s TV deals (which expire after the 2021 season for ESPN, but after the 2022 season for Fox, CBS and NBC) have a provision where networks will still make payments to owners in the case of lost games.

That’s notable, as during the previous labor dispute in March 2011, Minnesota federal judge David Doty ruled against the NFL’s 2008 renegotiation of existing deals to include those provisions. Here’s more from Kaplan:

Asked at the league’s recent meetings in New York whether those media contracts have the work stoppage provision, Murphy replied affirmatively. Murphy is a member of the eight-owner labor negotiating committee.

Previously, the NFL in 2008 had re-negotiated those TV contracts to contain the provisions, meaning at the time those contracts were only a few years old when the four-month lockout occurred in 2011. The Hall of Fame game was the only preseason contest lost to the lockout.

…Asked if the union knew about the current work stoppage provisions, NFLPA spokesman George Atallah wrote in an email, “We are not going to comment on it, but you know that we won that case obviously. We will follow the story with great interest, obviously.”

Atallah is correct; the NFLPA did win that particular case, and that gave them some leverage during the ensuing lockout and litigation. The NFL appealed Doty’s decision (which related to whether the league could access those payments from networks) , but the case was eventually settled as part of the CBA that was officially signed that August, and only one preseason game (the Hall of Fame game) was missed.

And it’s possible that another fight over these kinds of payments could go the same way. The AP story on the Doty ruling mentions that the NFL “is bound by legal agreements to make deals that benefit both league and player,” and the players previously successfully argued these kinds of provisions violated that principle. They argued that the provisions providing money only for the owners in case of a work stoppage (some of which was to be repaid, some of which wasn’t) reduced the overall rights value the league could have got (and split with the players) with TV deals that didn’t contain these kinds of lockout provisions, and that worked for them.

However, as Kaplan notes, there are some differing circumstances this time around. For one, a factor in the Doty ruling was that the lockout provisions were not part of the initial broadcast contracts, but were added in a later renegotiation. That put extra focus on them, made it explicitly clear what the league was trading for them, and suggested the league was actively preparing to lock its players out. It appears the current contracts had these provisions in them from the start, so it may be harder to specifically link them to lost revenue or lockout plans.

Moreover, Doty’s ruling was based on the antitrust agreement settlement that governed NFL-NFLPA interactions from 1993-2011, but that was eliminated as part of the CBA deal. And it won’t be Doty (who the NFL viewed as favorable to the NFLPA) ruling on this case if this provision is challenged again, as NFL-NFLPA legal disputes are now randomly assigned to judges in the jurisdiction where the case is filed (presumably the Southern District of New York thanks to NFL headquarters being located there). So a new ruling won’t necessarily follow the same lines, and that helps explain why the NFL would try this again after losing a fight on it last time around.

It’s understandable why the NFL wants to include these kinds of provisions; TV revenue is vital to their franchises, and providing continued access to that (as a loan or not) during a work stoppage will make it easier for their owners to hold a harder line and gain a more favorable CBA. It’s also understandable why the NFLPA doesn’t like this idea; in addition to providing a lockout chest for owners, it may well be reducing the total revenue the league is making through TV deals, and that’s less revenue shared with the players. So this could definitely be an important angle to watch in the lead-up to another potential labor dispute.