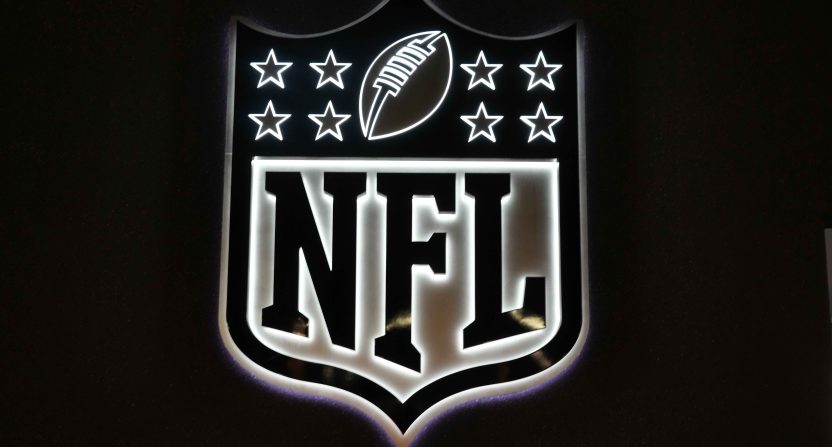 For Independence Day weekend, NFL Network had a marathon of their docuseries America’s Game. The series is highly recommended as each Super Bowl winning team is profiled in an hour-long episode with three or four notable figures from that team.

Not including the upcoming episode about the Los Angeles Rams, there are 55 episodes of America’s Game. When NFL Network aired their marathon, they quietly left out two episodes and they weren’t just random episodes being excluded.

The Gruden situation is the more high-profile of the two. Gruden is currently suing the NFL for wrongful termination and accusing the NFL of leaking racist, sexist, and homophobic emails sent by Gruden to Washington exec Bruce Allen. The Dalrymple situation isn’t as well known but still rather bad. In February, Dalrymple retired two weeks before ESPN revealed that the Cowboys paid a total of $2.4 million in settlement money after Dalrymple allegedly videotaped cheerleaders while changing clothes back in 2015.

I guess there could be legal reasons why these episodes couldn’t air but I agree with Florio in that the NFL not including these episodes is just going to make this a bigger issue than it should be. For one thing, no one in their right mind is going to somehow assume that by putting Gruden and Dalrymple on their network that the NFL endorses anything that took place. If we’re going down that road, there wouldn’t be much content airing on NFL Network.

Second, the NFL Network is still airing episodes that feature the Washington Commanders back when they were the “Redskins.” Now that was their team name when they won their three Super Bowl titles, and this series was completed years before the name change, but it’s still notable when the NFL is supposedly taking a hard line on some things but not others.

Really, the best PR move probably would’ve been airing the complete marathon and most people wouldn’t even be aware there was a marathon in the first place, much less Jon Gruden and Rich Dalrymple taking part.