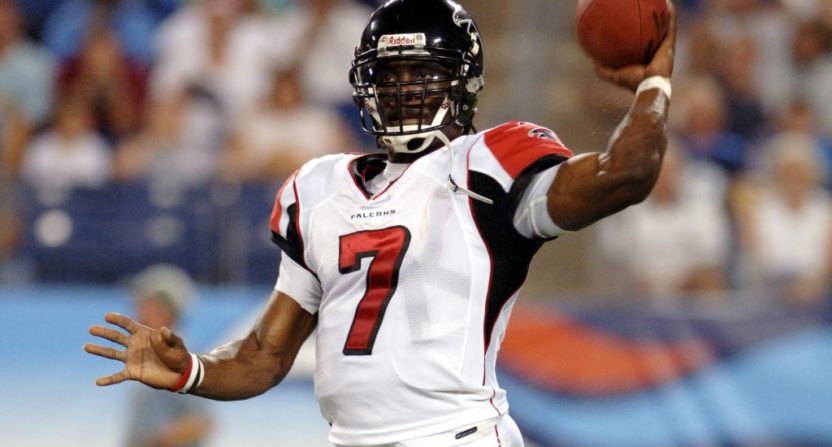 NFL Network reportedly plans to air a flag football tournament this summer, and before you roll your eyes, consider this: Michael Vick will be involved.

According to ESPN, NFL Network has partnered with the American Flag Football League to broadcast 11 “U.S. Open of Football” games between June 29 and July 19. The tournament, which reportedly features a 7-on-7 format on a regulation-size field, will begin with 128 amateur teams, who will whittle themselves down to four. That final four will then face four squads of professional athletes, including Chad Johnson, Nate Robinson, Carlos Boozer and Vick.

The winning team, either amateur or pro, will win $1 million.

In many ways, this event seems to resemble The Tournament, an annual basketball event with a seven-figure payout that has drawn solid ratings for ESPN during the slow summer months. Given the presence of big-name retired athletes, the U.S. Open of Football also bears some similarity to BIG3, Ice Cube’s 3-on-3 basketball tournament, which debuted last year and will again air on Fox this coming June through August.

With networks eternally starved for live sports, particularly during the summer, it makes sense for them to gamble once in a while on gimmicky but intriguing events. The American Flag Football League probably won’t take over the sports world or anything, but maybe it can draw some viewers during the slowest period on the NFL calendar. After all, the idea of some accountant (or Carlos Boozer) trying to tackle Michael Vick in the open field is certainly compelling.

You can apply to play in the U.S. Open of Football on the AFFL’s website.