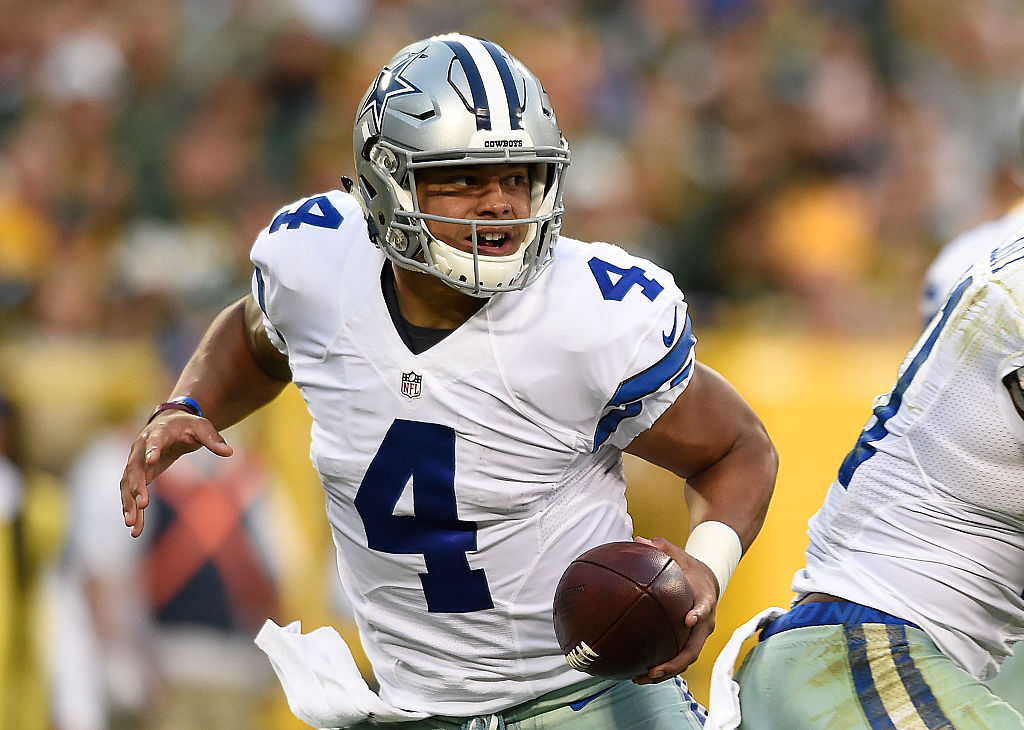 The NFL schedule release is always weirdly analyzed and overanalyzed to continue the 24/7/365 obsession that the nation has with professional football. So why not play along, right?

We already know every opponent that every team will play, the only things that are really revealed are the dates and times of said games. But in the world of the NFL, even that contains some news. Some teams are given the maximum number of games for primetime exposure (the usual suspects like Green Bay, New England, Pittsburgh, etc.) and teams that the NFL wants to keep as far away from national television as possible (sorry Jacksonville fans).

But there’s definitely two extreme cases this year when it comes to the NFL’s favoritism in television scheduling – the Cleveland Browns and Dallas Cowboys.

The Browns fall in that second bucket. Not only do they have zero primetime games like the Jaguars, all but two of their games are 1 PM ET kickoffs. They will have a game at 9:30 AM ET in London against the Vikings that will gain some wider coverage and a 4 PM ET game in Los Angeles but that’s it. The 1 PM ET games mean the Browns will be stuck in regional coverage all season long unless they go undefeated and get a bunch of SNF flex games. Ha. Haha. Haaaa.

On the other end of the spectrum are the Dallas Cowboys. It’s no secret that in spite of how much you may hate them (or love them, but likely hate them) they are still indeed America’s Team. And the ratings prove it. The networks are always in a Royal Rumble behind the scenes to try to procure as many Cowboys games as possible because of their being ratings gold. When Dallas is good and relevant, the numbers skyrocket even more.

Last season the Cowboys saved the NFL from an even bigger ratings freefall. The Cowboys had all but one of the top rated games in 2016 and that included a Thansgiving Day ratings record against the Redskins. At the time we joked that Roger Goodell would put every Cowboys game on national television to help NFL ratings in 2017. And, well, that’s basically what’s going to happen.

The Cowboys are the opposite of the Browns. They have just two games scheduled for 1 PM ET regional window kickoffs. One is in Week 4 against the Rams. The other is in Week 17 against Philadelphia, which might as well be penciled in now for a national television slot either at 4 PM ET or on Sunday Night Football.

The Cowboys have the max of 5 primetime games but they also have an ungodly 9 late afternoon kickoffs. Those late afternoon national window games (either on CBS or Fox) can draw even higher audiences than Sunday Night Football and are a premier spot for the networks to get big numbers.

Here’s the Cowboys schedule with the primetime or late afternoon games highlighted.

The Cowboys are scheduled to have 13 of 16 games slated for national television and probably to be 14 by the end of the season. Now, a number of those late afternoon games late in the season can be flexed, but unless the Cowboys are well out of playoff contention that is very unlikely to happen.

It’s only a matter of time before Goodell and the NFL turn the Cowboys into Notre Dame and sell off their games as their own national television pacakge, right?