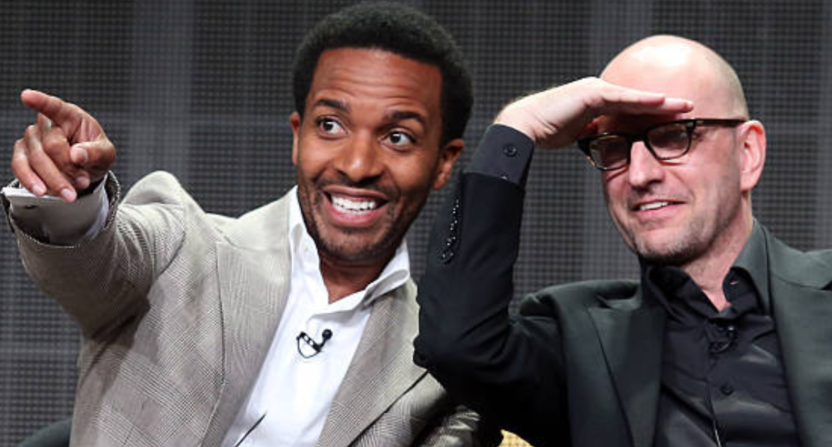 Steven Soderbergh is a prolific filmmaker who works quickly and is comfortable with new film distribution methods. (His 2006 film Bubble was noteworthy much more for being shot entirely in digital format and for being released on HDNet and in theaters simultaneously than it was for the movie itself.)

So it would seem Soderbergh would be a logical partner for Netflix as the streaming company throws around large sums of money in an effort to continue to justify itself to subscribers. Now, the two sides will indeed partner up, as according to Deadline Netflix has purchased global distribution rights to Soderbergh’s next feature, High Flying Bird, a sports-themed movie from the writer of Moonlight set during an NBA lockout.

The anticipated drama, set during a pro basketball lockout, follows a sports agent who pitches a rookie basketball client an intriguing and controversial business proposition. The film reunites Soderbergh with his The Knick star André Holland who also reunites on the movie with Oscar-winning Moonlight writer Tarell Alvin McCraney.

Soderbergh has featured sports elements before, of course. Logan Lucky featured an attempt to rob Charlotte Motor Speedway during a NASCAR race, while the heist of Ocean’s 11 took place during a fictional Lennox Lewis-Wladimir Klitschko bout; Soderbergh was also attached to direct Moneyball.

Netflix seems like a possible partner going forward for Soderbergh as well:

Soderbergh said of the Netflix deal, “We had several strong options for distributing High Flying Bird, but to borrow the patois of the movie itself, this deal felt like a slam dunk and the perfect way for me to begin my relationship with Netflix as a director.” Netflix is planning a 2019 global rollout.

Whether the film manages to nail the modern NBA world remains to be seen, but with this cast and crew it seems like a good bet.