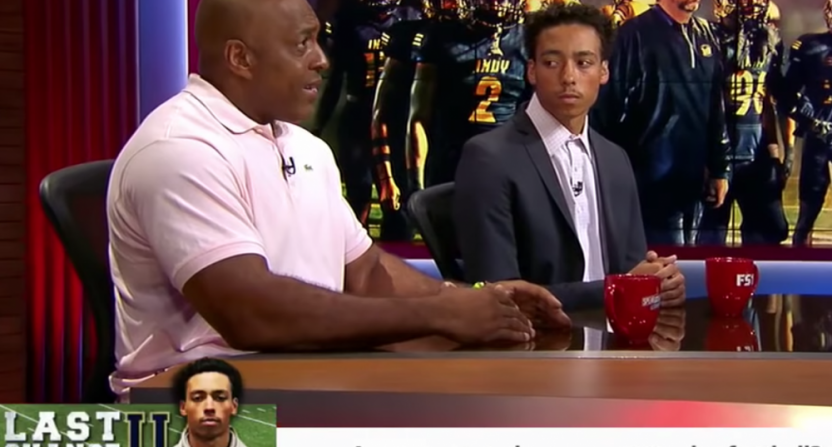 One of the more popular narratives through the first two seasons of Netflix’s Last Chance U involved the team’s starting quarterback as he looking for an FBS landing spot. Season one saw John Franklin III land at Auburn, while season two’s DeAndre Johnson made his way to FAU, though he’s currently looking to transfer.

Season three was a different story. Former big-time recruit Malik Henry didn’t exactly dazzle on the field, and he showed a pattern of off-putting incidents and personality traits that some deemed to be too toxic for a FBS school to touch. Henry’s career seemed to be stalling, which is likely why he returned to Independence for an unplanned second season in the junior college ranks.

Unfortunately things seemed to get worse, with Henry on the losing end of the team’s QB competition; bad news for him, but good news for anyone looking for drama on the next season of Last Chance U.

It was clearly a low point for Henry, which is why today’s news is so surprising: he’s getting another chance, this time at the University of Nevada. It’s probably his third “last chance” at this point, but as Nevada Sports Net reports, the talent was worth the risk, especially since Henry will be walking on:

” I love junior-college quarterbacks because those kids have kind of been scarred a little bit, they’ve been humbled. That’s kind of what happened with Malik. He’s a super talented kid who made an early commitment to Florida State and probably if he had to do it over again he probably would have made a difference decision.”

“He spent some time at junior college and probably has one last shot to get his career corrected and we’re going to give that. We wanted to build an environment here at Nevada where we can train quarterbacks, where we can develop them fundamentally but also spiritually and mentally. I think that’s what he needs. He need support. He needs a coaching staff that will love him and teach him how to do things the right way and in a system he can grow and develop, and that’s something we feel like we have here at Nevada.”

While it could have been creative editing, Henry spent a good chunk of time on Last Chance U bickering with coaches, including profanity-spewing head coach Jason Brown; bumping heads with teammates; not always running the play that was called; and getting penalized for taunting teammates. In August, Henry told Variety.com that Last Chance U didn’t fully tell the story of his relationship with Brown.

A path to playing time is obviously still a long shot for Henry. Nevada will be replacing their starting QB, which is a positive, but Henry will once again be in a crowded quarterback competition. Given his struggles this past season, and the fact he wasn’t deemed worthy of a scholarship two years in a row at the FBS level, this may indeed be his last chance.

But one last chance is always better than none. If the fit works out and Henry demonstrates on and off the field that he can take advantage of his five-star potential, anything is possible.