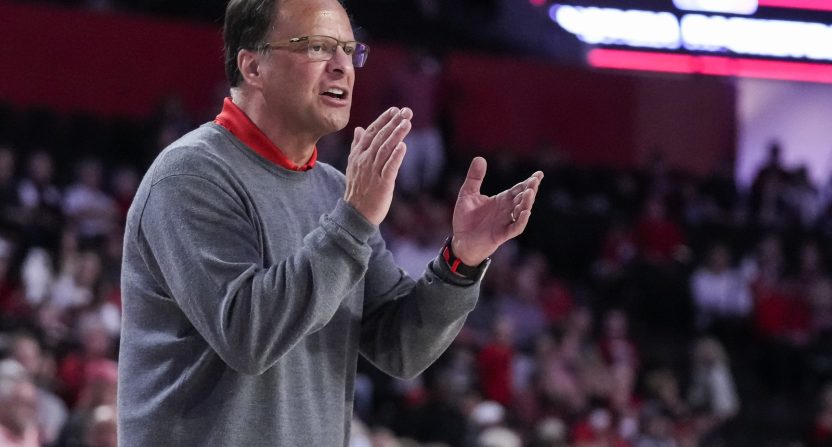 With Georgia’s season ending yesterday, Tom Crean was officially let go. The move had been rumored for months, with the former Marquette and Indiana coach being shown the door after a four-year run of disappointing results.

Opinions on Crean’s coaching ability vary wildly; he certainly did some excellent things at earlier stops, though it’s been more than half a decade since he took a team to the NCAA Tournament. More recently than that, though, Crean spent his season between stops at Indiana and Georgia in a different vocation, working games for ESPN.

In that role, opinions on Crean were much more aligned: he was great.

Crean memorably predicted how and why Oklahoma would go to a specific late-game action, which at the time everyone compared to Tony Romo (then also new in the broadcast booth.)

It’s more than just predicting the play, though. Crean showed a real ability to break down basketball without resorting to cliches. More than that, he demonstrated one of the rarer gifts: making high-level concepts very accessible.

At the time we wrote this:

That’s absolutely fantastic analysis, without taking viewers out of the moment (unlike the fan’s hand that obscured the basket itself.) Romo’s act wore a bit thin, but not for the knowledge he brought; he was just obviously a bit green in terms of knowing when to talk and when to let the game breathe.

Crean seems much more comfortable, which makes sense given his years of studio work. He seems likely to coach again soon, and his TV work might actually help his prospects, even; Crean has sometimes struggled to connect with fans, and this is a great outlet for him.

Not dumbing them down, but being able to communicate why things happened in ways that appeal to a wide audience. It’s the kind of skill that has seen Robbie Hummel break out this year in his own ESPN role, and not many people can do that.

Crean might not want to jump right back into broadcast world again, but for the sake of those of us who watch a lot of college basketball, let’s hope he does. There’s always room for skilled commentary, and Crean would again be coming right out of the coaching world, where he has a familiarity with plenty of the players who will make up the college game for the next few seasons. Crean might not have been able to turn Georgia into a basketball power, but if he wanted to commit to broadcasting for a few years, he could really do a lot to rebuild his reputation among fans of the sport.