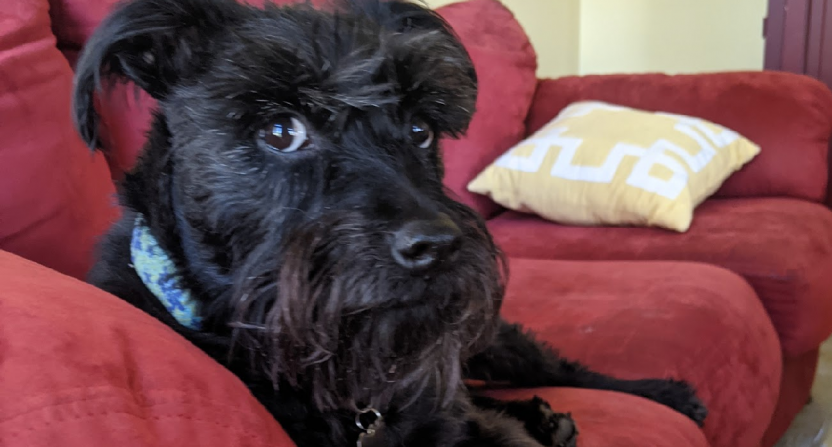 The first weekend of the men’s NCAA Tournament has been incredibly wild, with upsets galore on all sides of the bracket. Already, we have a 15-seed in the Sweet 16, the Big Ten collapsing, and Loyola-Chicago poised to potentially make another run.

That chaos meant brackets were busted even more quickly than usual; near the end of the first day, only around 1,000 perfect brackets were left out of 16.2 million on ESPN’s Tournament Challenge. I filled out one of those, but not based on any sort of basketball methodology. My name isn’t even on the bracket. Every year, I put together a free family and friends bracket pool (in 2018, my mom had one of the 550 brackets to nail the Final Four.)

Also every year, I fill out a bracket for my parents’ rescue dog, Satchel, based entirely on mascots. It’s just a fun exercise in learning about smaller schools, thinking about animal relationships, and providing an entry that can sometimes beat a person in our group who is picking for real, which is always worth a few laughs.

The whole thing takes about five minutes to do, but on Friday evening, out of 16.2 million, Satchel’s #GoodBoyBracket was one of the last thousand or so to be perfect.

Every year I fill out a bracket for Satchel, the family dog, based on mascots (dogs first, and then other animals.)

It's always funny if he beats someone in our pool.

Anyway, here's the face of someone with one of the 1039 remaining perfect brackets on ESPN: pic.twitter.com/TgBaMu0NCN

Things haven’t really slowed down for him since then. The overall craziness has worked in his favor, and it’s also been a good year for animal mascots; they’ve either pulled upsets or been top seeds that have avoided them. Last night, after three days of play, he was sitting tied for 91st:

Satchel is 91st on Tournament Challenge through three days. He watched some games with me earlier. Didn't seem very concerned. #GoodBoyBracket https://t.co/YBcxP7ueoB pic.twitter.com/V4RhLKjKh6

It’s possible this afternoon ends up as the high point for this bracket. Satchel has already lost a Final Four team in UConn and he’s also down an Elite Eight team in Drake. But predicting a championship win for Gonzaga over Loyola-Chicago looks a lot less impossible than it did prior to the tournament.

If you’re curious about the methodology, it isn’t that complicated. I favor dog/wolf mascots above all else, for obvious reasons. From there, I do other animals (of all kinds), and in the rare games where there’s not an animal-based mascot or there are two animals that feel equally appealing to Satchel in terms of being friends or chasing or barking at or whatever (again, it’s not an exact science; I picked Syracuse to the Sweet 16 because the Orange mascot resembles a big ball), I take the higher seed.

Doing that has so far produced equal or better results than all but 25 other entries out of 16.2 million. It’s one of the best examples of how truly unpredictable the tournament has been. (My own bracket, pored over with multiple analytical and betting odds tabs open, is currently tied for 10,580,331th.)

Satchel, meanwhile, has taken the news as he usually does: by excitedly trying to get people to play with him. He’s probably going to slide down the standings a bit today, by default, but if you want to pull for his bracket today: Ohio (he’s more interested in cats than birds), Michigan, and Colorado moving on would mean 12/16 of the Sweet 16.

He’s going to get a few treats and pats regardless, though. He really is a good boy.