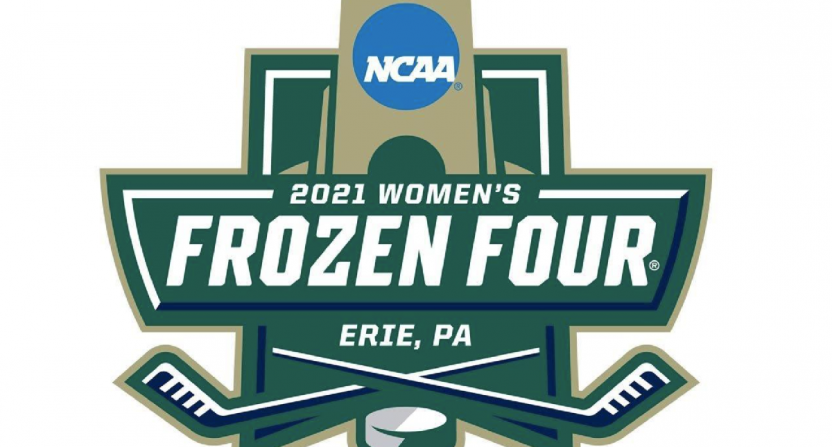 For the past few years the Women’s Frozen Four championship aired on Big Ten Network, though the 2020 edition wasn’t held due to the pandemic.

This year’s championship seems set to happen, though, and when it does it will have a new broadcast home: the ESPN family of networks. ESPN announced the move today, noting that one semifinal and the national championship will be aired on ESPNU, while the remaining semifinal contest will be available via streaming on ESPN3.

ESPN will present all three games of the NCAA 2021 Women’s Frozen Four as part of its inaugural coverage of the NCAA Division I Women’s Ice Hockey Championship from the Erie Insurance Arena in Erie, Pa., beginning March 18.

The network’s coverage of the signature event – showcasing the country’s top collegiate ice hockey programs – will feature the second semifinal (March 18) and national championship (March 20) matchups on ESPNU in prime time at 7 and 7:30 p.m. ET, respectively. The first semifinal on March 18 at 2 p.m. on ESPN3, along with the two games on ESPNU, will all also be available on the ESPN App.

“We are excited ESPN will broadcast the 2021 NCAA Women’s Ice Hockey Championship” said Anita Brenner, Deputy Director of Athletics at Cornell University and Chair of the NCAA Women’s Ice Hockey Committee. “ESPN will provide the broadest access to the championship in its history, and we are honored to showcase these student-athletes, among the best players in the world.”

This isn’t just a one-off, either. The deal includes not only future Frozen Fours, but an expanded presence for women’s college hockey on ESPN platforms:

The Frozen Four, in addition to culminating the 2021 season, also signals the beginning of a new, multi-year rights agreement for NCAA women’s ice hockey coverage on ESPN.

Dan Margulis, ESPN senior director, programming & acquisitions added, “Being able to feature the best of the best in ice hockey at the collegiate level is something we’re really looking forward to with this new agreement. Working with our partners at the NCAA, it’s great to be able to bring fans another signature, women’s championship event on ESPN platforms for years to come.”

ESPN did note that commentator pairings will be forthcoming.

The move to ESPN feels like a win for women’s hockey. Big Ten Network made some sense given the conference’s relative dominance of the sport via Wisconsin and Minnesota’s powerhouse programs. But ESPN offers a broader footprint, and that the deal is paired with expanded rights for the women’s game is promising.