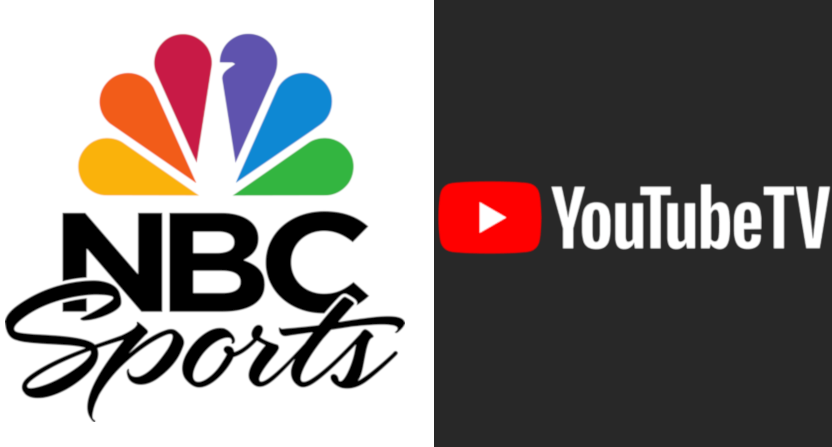 The latest carriage dispute is between NBCUniversal and YouTube TV. On Sunday night (during NBC Sports’ Sunday Night Football broadcast), that led to NBCUniversal using various platforms, including their @NBCSports Twitter account, to push out information that their channels might no longer be available on YouTube TV around a carriage dispute. Here’s how this looked in a @NBCSports tweet: 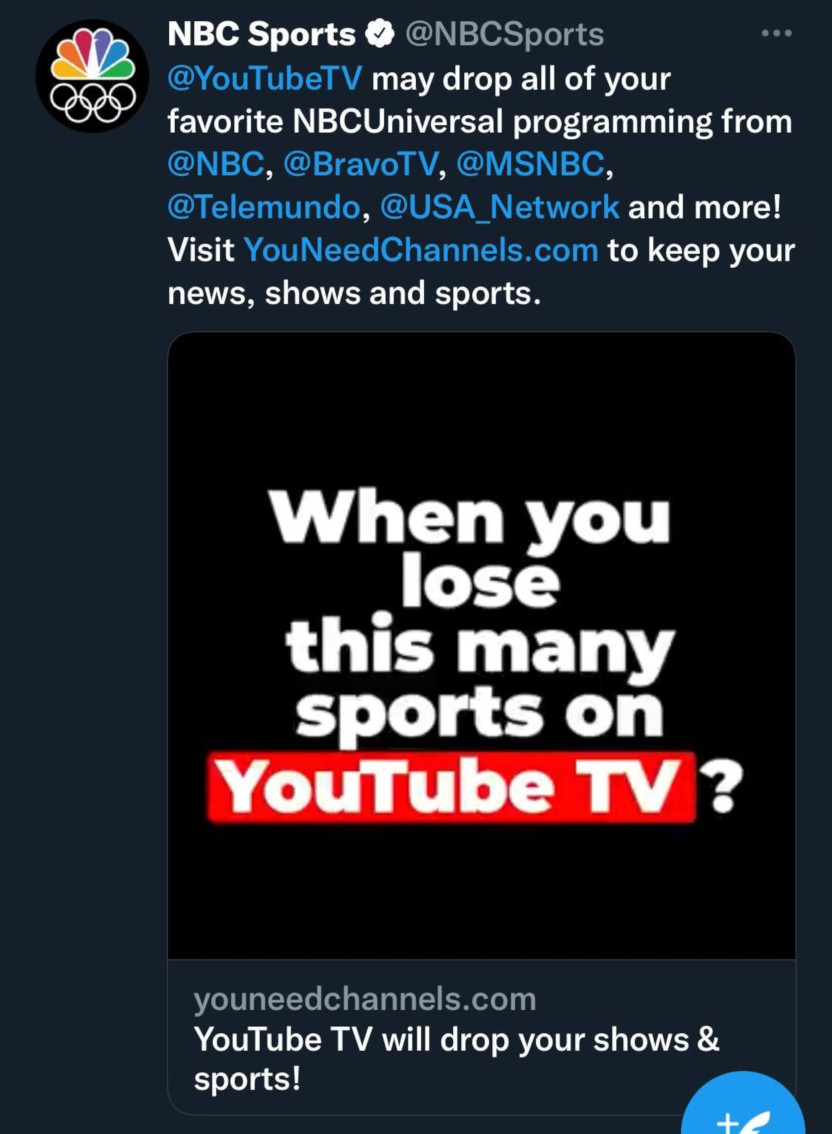 Meanwhile, as per Todd Spangler of Variety, Google has said that the deadline here is Sept. 30, and that they’ll reduce the price of YouTube TV by $10 while they don’t have the NBCUniversal channels:

Another carriage fight has burst into public view: NBCUniversal on Sunday said it was notifying customers with YouTube TV that more than 14 of its networks, including local NBC channels, could go dark on the streaming service in a matter of days.

NBCU’s deal with YouTube TV is set to expire Thursday, Sept. 30. Google is unwilling to pay the higher rates the media conglomerate is asking in the renewal talks, according to NBCU.

Google said that if it can’t reach a deal by Sept. 30, it will reduce YouTube TV’s monthly subscription fee by $10 per month while the NBCU nets are dark.

We’ll see how this shakes out.

“NBCUniversal and YouTube TV have agreed to a short extension while parties continue talks. NBCUniversal will not go dark on YouTube TV at midnight eastern tonight.”

At any rate, it was certainly interesting to see sports social media accounts deployed to spread the corporate side of a story in a carriage dispute. This has happened before, as with the ESPN ads against AT&T on Monday Night Football in 2019, but it’s still relatively rare. It’s certainly notable to see NBCUniversal deploying that, and to see Google saying they’ll offer a specific discount to subscribers if they aren’t able to offer these channels.