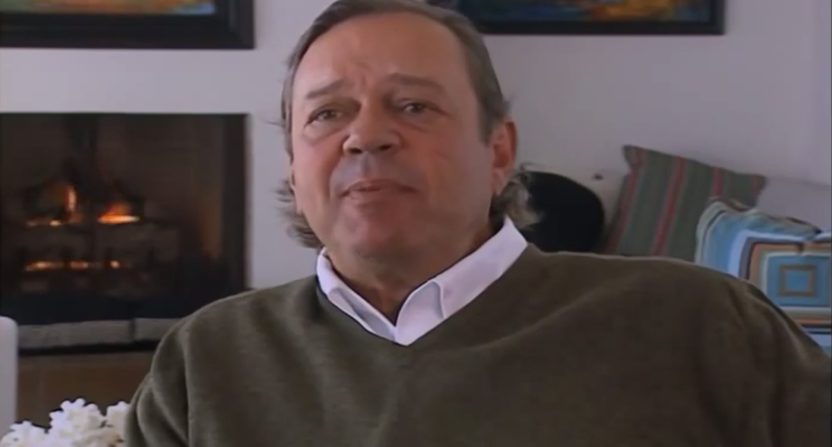 Don Ohlmeyer had a storied television career. Whether it was as a producer, director or a network executive, Ohlmeyer had certainly seen and lived a rich life. His family confirmed his death on Sunday. He was 72.

His death was announced on NBC:

Twice, Ohlmeyer was in charge of ABC’s Monday Night Football, first in the 1970’s when the series was one of the most popular series not just in sports television, but in all of television. And second when ESPN asked him to shake up MNF in 2000 in hopes of reviving the glory days of the series.

In 1973, Ohlmeyer was promoted to producer of MNF by ABC Sports Executive Producer Roone Arledge. At the time, Monday Night Football was called by Frank Gifford, Howard Cosell and Don Meredith. The ratings for MNF grew to the point where it was a TV juggernaut.

During his time at ABC, Ohlmeyer produced and directed three Olympics which included the 1972 Munich Games.

He then moved to NBC Sports as Executive Producer. He hoped to lead the Peacock’s coverage of the 1980 Moscow Summer Olympics, but then-President Jimmy Carter announced that the United States would boycott over the Soviet Union’s presence in Afghanistan. NBC’s coverage was reduced to daily updates rather than the extensive coverage we see today.

During his time at NBC between 1977 and 1982, he created what are now known was standards in sports television like in-game NFL updates, the NCAA Tournament whiparound format and live Breakfast at Wimbledon coverage. He also was behind the announcer-less game between the New York Jets and Miami Dolphins in 1980.

Ohlmeyer also owned his own production company which created made-for-TV sporting events and movies. He eventually sold it to ESPN for $24 million.

Ohlmeyer was also the president of NBC’s West Coast division from 1993 through 1999 which was a rather tumultuous tenure even though the Peacock rose to first place from third in the primetime ratings. Under his stewardship, series such as Seinfeld, Friends, ER, Frasier and others were launched and became huge hits. But he also clashed with fellow NBC executives and often stirred the pot.

When NBC aired the 1997 World Series, Ohlmeyer said that he hoped the Fall Classic would end in four games so that it wouldn’t affect its Thursday night lineup and bring down the network’s ratings. That series eventually went seven games.

But his most controversial move at NBC was his decision to have Norm Macdonald removed as the anchor of Saturday Night Live’s Weekend Update. Macdonald contended it was over his jokes over the O.J. Simpson trial. Ohlmeyer was a close friend of Simpson and he maintained that O.J. was innocent of killing Nicole Brown Simpson and Ron Goldman. Ohlmeyer said the move was never over Simpson.

In 2000, he went back to Monday Night Football to shake up the lineup which had Al Michaels and Boomer Esiason as its announcers. Ohlmeyer decided to jettison Esiason and brought in Dan Fouts and comedian Dennis Miller. The move was supposed to increase ratings, but they never did. Ohlmeyer left after one season.

He retired from television, but later became the ESPN Ombudsman from 2009 to 2011.

ESPN has issued a statement about Ohlmeyer:

Don was a legendary television executive who always sought innovative ways to tell stories and captivate audiences. His groundbreaking work on ABC’s Monday Night Football helped turn that franchise into a primetime television hit. He cared deeply about the TV industry and contributed to ESPN in many meaningful ways throughout the years. Our condolences to his loved ones.

ESPN plans to air a tribute to Ohlmeyer during the Monday Night Football doubleheader.