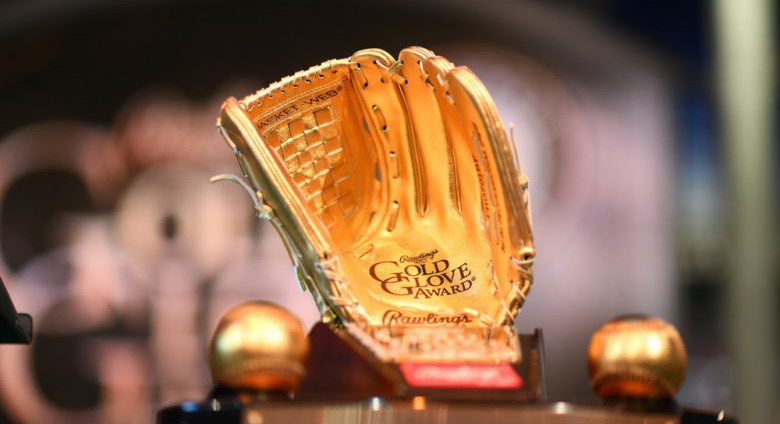 As most know, there’s a major U.S. election taking place Tuesday, with presidential, senatorial, congressional and local races all going on (as well as state-wide propositions). So much of the U.S. and much of the world is obviously focused on that. And yet, it was decided that this would be the perfect time to announce the winners of the MLB 2020 Gold Glove awards, in the 10th Rawlings Gold Glove Awards Show on ESPN (beginning at 8 p.m. Eastern, in the middle of election coverage everywhere else). And that awards show led to some Twitter blowback:

Why on earth would MLB do the Gold Glove award show tonight? That sport just hates itself so much

How dumb is MLB and Rawlings to be announcing Gold Glove winners tonight like right now. Get a clue. You can do that just about any other night of your lives. Did you forget what was going on?

Baseball handing out Gold Gloves tonight has got to be among the Top 5 Most Tone-Deaf PR moves ever by a pro sports league but congrats to Javy Baez, Anthony Rizzo and Luis Robert, among the other positional winners. Couldn’t one of the three Chicago catchers nominated have won?

Yo @MLB this is a terrible time to announce the Gold Glove Award winners. Why the hell not wait until tomorrow?

MLB: why don’t people care about our game?

mlb… why the fuck would you announce the gold glove recipients ON ELECTION DAY, you could have picked ANY OTHER DAY but you chose THIS ONE.

I know that it wouldn’t bring in huge numbers anyways, but why does MLB try to hide it’s sport every chance it gets

Next year do it during the Super Bowl

This is maybe understandable from ESPN’s perspective; there’s nothing else for them to show tonight, and there will be at least a few people tuning in to watch the Gold Glove announcements. And they’ll maybe pull slightly better numbers for this than they would for just re-running an old 30 for 30 or something. But it feels unfortunate from MLB’s perspective; this is an awards night that could seemingly get them at least a little wider attention, and having it on a night when the vast majority of the U.S. is not focusing on baseball seems like a missed opportunity.

And even on the ESPN side, they might have been smarter to give a wider platform to the year’s first College Football Playoff rankings (which got punted to ESPNU thanks to the Gold Glove show), or just punt on this night altogether and go to documentary reruns. The Gold Glove show could seemingly draw a larger audience on a different night, and there isn’t a real need to put it on right now.

Interestingly enough, those Gold Glove selections themselves are different this year, relying solely on the  Society for American Baseball Research Defensive Index (SDI), which previously made up 25 percent of the selection process (with the rest coming from votes from players and managers). And that’s a change that has even seen some criticism from some members of the sabermetric community, as some of the stats used are relying on very small sample sizes for an individual season (Dan Szymborski touched on some of this in an ESPN piece last year).

So this is an awards show that might draw more interest than usual from a number of corners (including those who like stats and are enthused about it being all-stats, those who like stats and are concerned about it being all-stats, and those who dislike stats). And it could have happened at any point after the conclusion of the season, and goodness knows there are plenty of nights where ESPN doesn’t have live sports programming. And yet, these awards were scheduled on a night with some of the highest TV competition of the year. That doesn’t seem optimal.