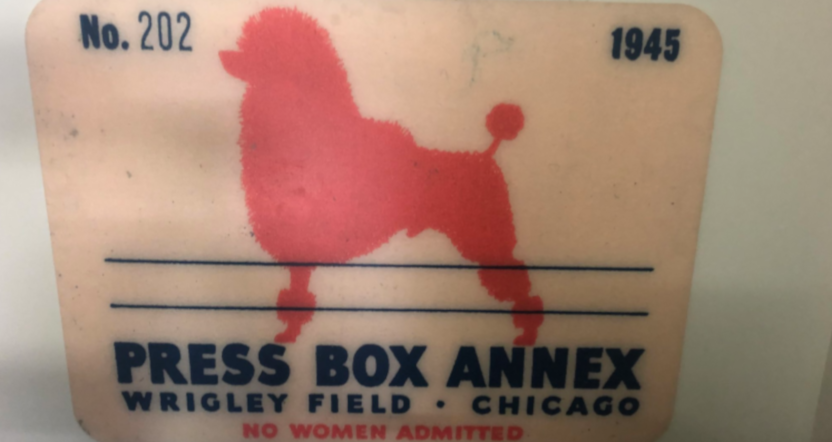 The 2019 Chicago Cubs just can’t get out of their own way. A team only three years removed from a World Series championship that’s made the playoffs the past two years and has a historically-high payroll this season should be cause for some good stories, but they’ve stumbled to a 3-7 start on the field, even with a 10-0 victory over the Pittsburgh Pirates Monday. But even more than the on-field blunders, the organization has really shown its ineptitude with a series of preventable off-field blunders.

Those blunders started with some problematic comments from chairman Tom Ricketts about shortstop Addison Russell and his past violations of MLB’s domestic violence policy. They continued with Splinter News’ publication of a series of racist emails from Joe Ricketts, the patriarch of the Ricketts family, and with a lackluster response from the Cubs. Another blunder came from Tom Ricketts saying “we don’t have any more” when asked about money for signing free agents, despite the family being worth over $5.3 billion and despite the team leading MLB in operating income ($102 million) in 2018 and placing third in revenue ($457 million). And now, they’ve escalated with a very dumb PR foul.

The Cubs decided to hang a bunch of old press box credentials along the entryway to their press box late Sunday night. One of those credentials, from 1945, had “No women admitted” at the bottom. That drew comment when Chicago Sun-Times writer Madeline Kenney tweeted about it Monday morning, and that led to the team removing it before first pitch Monday, first replacing it with a photo of the bleachers from a “Pink Out” game, and then replacing it with a photo of fans celebrating the 2016 World Series win. But Kenney’s article on the situation included some rather hamfisted defenses from the team:

Cubs spokesman Julian Green said the initial intent of the image was to acknowledge how far society has come since 1945. He also said that the Cubs didn’t mean to offend anyone with the image, but acknowledged it was in “poor form” for the team to put it on display without context.

“Certainly having that sign up there without providing that context certainly would suggest that we were being insensitive to women, and so we decided to take it down,” Green told the Sun-Times in a phone interview. “No question they would be viewed as offensive without context to understand the history. And you can’t celebrate and acknowledge history at the expense of being insensitive.”

Green couldn’t explain who signed off on the art, which was installed late Sunday night.

Cubs business president Crane Kenney recognized the image when showed on an iPhone as the “Pink Poodle.” But he refused to comment on it, saying he couldn’t read the “no women admitted” text because he didn’t have his glasses. At Kenney’s request, the picture was emailed to him so he could read it before making a statement. Green responded on the club’s behalf.

Green said the image was installed as part of the Cubs’ 1060 Project.

“Throughout the ballpark as we’ve been renovating it, we have used a number of historical images,” Green said. “Part of what we strive to do as part of this project is obviously illustrate and acknowledge the history while restoring and expanding the ballpark.”

Yes, it’s a decent idea to use historical images in your stadium, and the press box can absolutely be a part of that. But there’s still a lot of unnecessary pushback towards and barriers for women in sports media, and posting even an old “No women allowed” sign is going to give the wrong impression and create unnecessary PR drama. And the team’s business president saying he can’t read that photo without his glasses and declining to comment on it even after an e-mail is a lame approach, and not a helpful one.

But really, the overall story here is how the Cubs’ poor decision-making and poor responses once again led to a lot of unnecessary bad press. The Russell comments and the “we don’t have any more” kerfuffle could both have been avoided if Tom Ricketts had been more circumspect with his public remarks, and while the Joe Ricketts emails weren’t necessarily avoidable at this stage, the team could have handled its response to those much better. Similarly, while the Cubs eventually did the right thing to fix this situation, they took a lot of online flak for needlessly posting an image that almost anyone could have told them was going to create a controversy. At the moment, the team is looking like Sideshow Bob in a field of rakes:

We’ll see if the Cubs can learn from their mistakes here, or if they’ll be stepping on yet more rakes going forward.