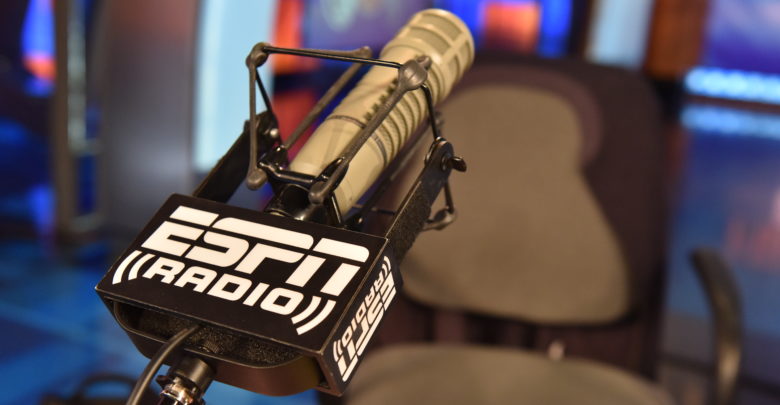 There’s an interesting change ahead for Washington, D.C. sports radio, as ESPN and Cumulus are teaming up to launch a new sports radio station there that will include national ESPN radio programming and Washington Redskins’ rights. The Redskins’ broadcast rights had been on stations controlled by team owner Dan Snyder since 2006, when he launched Triple X ESPN Radio across three stations, and they’d been on The Team 980 since Snyder’s Red Zebra Broadcasting bought that outlet in 2008. (It was initially branded as ESPN Radio, but changed to The Team last February; however, at that point it kept its ESPN Radio affiliate status, albeit mostly for weekend and overnight programming.) But last summer’s sale of The Team to Urban One raised some questions about its future, and the Redskins’ rights at least are now headed to this new station. Here’s more from ESPN’s release:

The new sports/talk station will be the home for ESPN Radio weekday talk programming in Washington, D.C., including Golic and Wingo (6-10 a.m. ET) hosted by Mike Golic and Trey Wingo, The Stephen A. Smith Show (1-3 p.m.) and the exclusive national radio outlet for the NBA (including playoffs and Finals) and MLB (including postseason and World Series). The station will also carry Washington Redskins NFL games as part of an expanded content partnership with the team and sports/talk shows hosted by local personalities.

Jake McCann, Vice President/Market Manager, Cumulus Washington, D.C., said: “We’re thrilled to be partnering with the two biggest sports brands in D.C. – ESPN and the Washington Redskins. We look forward to creating compelling content for our listeners and advertisers as a natural expansion of our relationship with the Redskins.”

Traug Keller, Senior Vice President, ESPN Audio, said: “It has been a great experience working with Cumulus to launch our new ESPN Radio station in D.C. Now sports fans in the nation’s capital will be able to listen to ESPN’s big personalities including Mike, Trey and Stephen A. with expert opinions, reactions and analysis to the top stories and ESPN’s championship events.”

As AllAccess notes, that AM frequency had previously been a simulcast of Cumulus’ FM station News-Talk WMAL-A-F. That station is carrying on with its current programming, but its AM frequency will now become the new station. And it will be interesting to see how this new station does; there’s some significant local sports competition in the marketplace from both The Team and from Entercom’s 106.7 The Fan, but the new station having Redskins’ rights will certainly be a useful way to get some people to check it out.

We’ll see what this new station does for Redskins’ broadcasts, though, and if they keep the existing radio lineup of Larry Michael, Sonny Jurgensen, Chris Cooley, Rick “Doc” Walker and more. And it’s also notable that at the moment, at least, they haven’t announced much in the way of locally-focused programming. And with the likes of Golic and Wingo and The Stephen A. Smith Show already announced, it appears that a fair bit of the weekday lineup will be national rather than local. It will be interesting to see how well those national shows do against more locally-oriented shows.