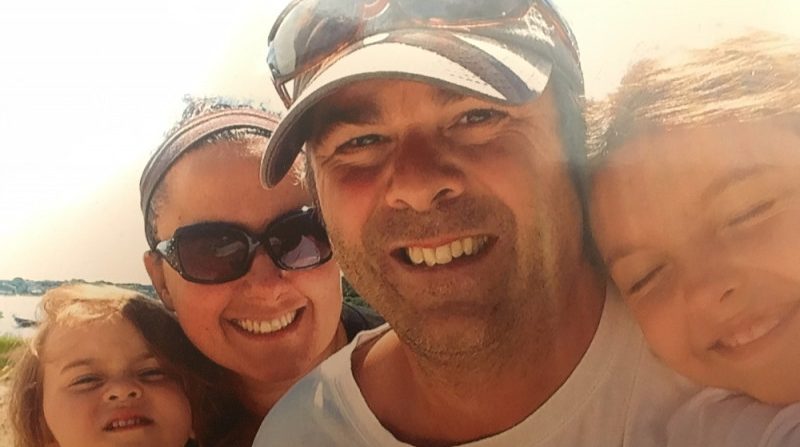 In January 2017, the friends and family of John Martin revealed that the Emmy-winning NESN cameraman had been diagnosed with ALS, the incurable condition also known as Lou Gehrig’s Disease. In the 16 months since, those close to Martin have come up with an extremely cool way to keep his spirits high and lighten the burden on his family.

As chronicled by the Boston Globe‘s Chad Finn in a feature published Thursday, Martin’s wife and friends opened “Café Martin” on the family’s patio for friends, colleagues and well-wishers to hang out with Martin, who was forced to leave his job last year.

Martin’s wife, Adrienne, and his friends organically began the concept of Café Martin. It is a real place — the Martins’ patio at their home in Newton, where friends drop by to hang out and make sure he knows they’ll never let him fade from their tight circle.

“On the front side of his house in Newton, there’s a little slab patio,’’ said Brennan. “And after he got diagnosed, when he started to slow down a little, he would just go outside. During the winter, he was still getting out and going to concerts and doing things.

“But in the spring, summer, he slowed down a little. Eventually he got the cane, and then the wheelchairs. Just to get out of the house, he’d go outside, and people would come to visit him. People wanted to see him, people wanted to be around him.”

As fellow NESN cameraman Bryan Brennan told Finn, “The idea is just to shoot the breeze, hang out, and forget all the crap going on.”

“That’s why I push the hat so far and put it down to make sure it’s in a picture. Any picture with a hat says, ‘Hey, we’re with you. You’re in our thoughts all the time.’

“It lets him know that we’re all with him, even if he can’t be there with us. John cares about people. He deserves for that to be reciprocated.”

Martin, who has two young daughters, worked for NESN for 19 years, primarily shooting Red Sox and Bruins games. He won five Emmys for his work at NESN, according to the Globe.

You can purchase a Café Martin hat right here and donate to a GoFundMe campaign benefiting Martin’s family right here.