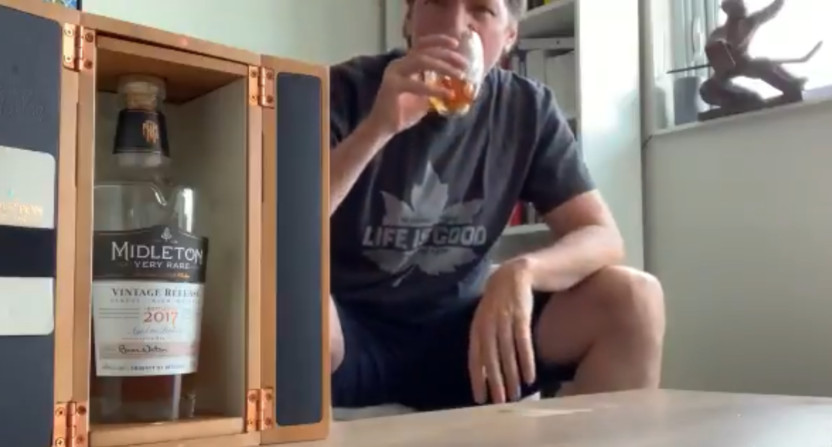 Back in December, Calgary Flames’ assistant general manager Chris Snow was diagnosed with amyotrophic lateral sclerosis (ALS, or Lou Gehrig’s disease). There have been a lot of campaigns to raise awareness of and funding for ALS research and care for those who already have the disease over the years, from the Ice Bucket Challenge to the Brigance Brigade (run by former NCAA, NFL and CFL player and current Baltimore Ravens’ senior advisor to player development O.J. Brigance), but Snow’s case has led to a particularly notable movement over the past few weeks under the #TrickShot4Snowy Twitter hashtag. For example, Sportsnet’s Eric Francis highlighted a decades-old field goal he kicked during a Calgary Stampeders game:

I assembled 30,000 people, including @JeffGarciaJGFA , @DavidAmber & @gmillerTSN for my #trickshot4snowy. I’ll donate $500 to the @Flamesfoundation for every take it took. I challenge the above to step up. (Fat pants & bad @kellyhrudey hair imitation optional) #ThrowbackThursday pic.twitter.com/h13GPDbRV1

Meanwhile, TSN’s Gord Miller (tagged above) responded with a “shot” of his own, as seen at top:

Challenge accepted, @DarrenDreger. My #TrickShot4Snowy isn’t as fancy as some of the others, but it sure went down easy. I have made my donation, and pass along the challenge to @rayferrarotsn and @jamiemclennan29 pic.twitter.com/EK70GWniLM

Back Bar and Out! @kyledubas connects with the wedge in his #TrickShot4Snowy.

Please visit https://t.co/fvpdi7tljs and donate to help the battle against ALS.

Kyle has challenged @Marner93 & @arkellsmusic to keep the movement going and help our friend @ChrisSnowCGY! pic.twitter.com/XTpHK8PJvz

A request from @kyledubas. Here’s my #TrickShot4Snowy / @ChrisSnowCGY. I now nominate @Craig_McMorris and the OG GOAT trick shot artist @LeoRautins.
Learn more at https://t.co/iolgQycJt6 to raise funds for ALS research.

We are donating now. You can too. pic.twitter.com/uDBlyDtXs8

This has spread to many other sports as well. Here’s what Calgary Roughnecks’ lacrosse star Sean Tyrrell did:

And this has gone well beyond Canada. Here’s what Chicago Cubs’ president Theo Epstein did:

It’s very cool to see sports media figures and other sports figures coming together for a good cause like this. More information on how to donate to ALS research efforts can be found at the Flames’ SnowyStrong site.