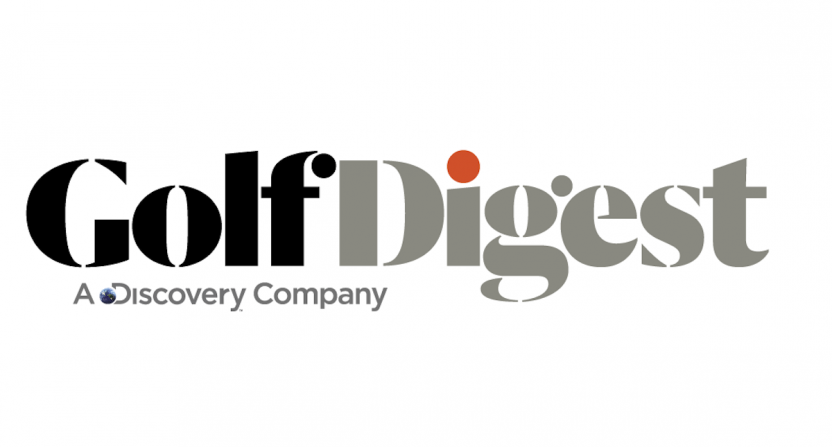 Discovery, Inc. reached a deal with Condé Nast to purchase Golf Digest for $30 million in an effort to further establish Discovery’s presence in the world of golf media.

Keith J. Kelly first reported the deal last night for the New York Post, noting that Discovery beat out NBC Sports to purchase the magazine and its online presence:

Discovery is buying Golf Digest from Condé Nast for an estimated $30 million, expanding its reach beyond its golf-streaming sweet spot, according to sources close to the situation.

The deal, in which Discovery Chief Executive David Zaslav prevailed in a bidding war over the Comcast-owned NBC Sports Group, the owner of the Golf Channel, is expected to be announced as early as Monday.

As to the why: after acquiring international rights to the PGA Tour, Discovery recently launched GolfTV, a subscription streaming service created to deliver those events to viewers. GolfTV in turn landed a partnership with Tiger Woods, who in addition to exclusive interviews and other content will play a series of international matches to be shown on the channel.

As Kelly notes, $30 million for Golf Digest is a sign of the times for legacy print publications:

The $30 million price tag is a fraction of the estimated $430 million that Condé Nast paid to buy the monthly magazine and several smaller titles from The New York Times back in 1990.

But it was a different era then, with the monthly and its sister titles tossing off profits of around $20 million a year. The monthly was said to be losing money in recent years, and sister title Golf for Women is closed. The weekly Golf World is now digital-only, and many advertisers are turning to TV and Web sites.

Kelly also noted the editorial staff is expected to remain in place. The deal was indeed officially announced today, as well. From the release:

The addition of Golf Digest boosts Discovery’s global golf ecosystem with a leading platform in the U.S., which will allow the company to now reach golf fans with everything associated with the game, including instructional videos, equipment advice, course rankings, travel destinations, online bookings and more.

Additionally, Discovery and the PGA TOUR are expanding their 12-year strategic partnership with a new content and sales relationship in the U.S., among other initiatives. The organizations will deepen their partnership and join forces to create the largest digital network in golf with a one-stop activation platform, now including Golf Digest, for advertisers to engage with fans and players. This includes a full suite of editorial coverage, live and on-demand video streaming, digital, social, print and branded content opportunities. The current Golf Digest sales teams will continue to be responsible for ad sales during a transition period until the Discovery / PGA TOUR sales integration is complete.

It’s tough to tell how it will shake out overall, but it looks like Golf Digest will become the media presence for Discovery’s entire golf operation, which will also tie it in closely with the PGA Tour going forward. And, of course, there’s the Tiger Woods relationship to consider. Via the release:

Tiger Woods said: “This is an important step in enhancing and expanding the U.S. and global reach of Discovery and GOLFTV. It gives me another platform to tell my story directly to fans and makes my partnership with Discovery even stronger. This acquisition, along with what Discovery and GOLFTV have already done with the PGA TOUR, is great for the game of golf.”

Discovery, which owns the Food Network and HGTV, is suddenly swinging a big club in global golf. Last year, it inked a 12-year, $2 billion deal to carry PGA Tour events outside the US and started GolfTV, a live and on-demand video streaming service outside the US.

The US rights to the PGA Tour broadcasts are held by Comcast-owned NBC and its Golf Channel, with a limited number of events on CBS. All the domestic deals expire in 2021.

Considering the various outlets that are all now scrambling to fill their inventory, domestic PGA Tour rights could actually be a very valuable commodity. Whether that is indeed part of Discovery’s long-range plan remains to be seen, but it’s certainly worth watching.