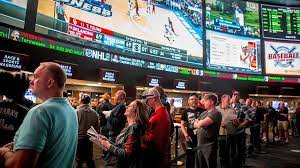 After riding home an impressive March Madness Sports Information Traders CEO Jon Price was determined to keep the spring fever going and has delivered with an 81.25% winning percentage with 130 out of 160 picks being winners.

Many of us filled out our own brackets for the annual March Madness tournament last month and many were disappointed with their results. Whether it be with our friends and family or through our work offices, everyone tosses their hat in the ring hoping to get lucky and win their bracket. On the other end of the spectrum, there’s the professional handicappers and sports bettors who make their living on these games and filling out their brackets. One notable handicapper and professional sports bettor who’s been doing this for decades and is world renowned is Jon Price, the founder and CEO of the online sports betting advisory firm Sports Information Traders who ended the tournament with an 80% winning record.

Jon Price is no stranger to grabbing national headlines, he’s been featured in a number of major publications across the world and is also featured on ESPN radio, CBS Sports Radio, Fox Sports, & Westwood One affiliates throughout the football and basketball seasons. A lot of us sports fans that take a casual interest in sports betting have heard of Jon and his company, but for those that haven’t, a quick Google search can show you a plethora of his impressive accolades and achievements throughout his sports handicapping career.

This year Jon may have exceeded even his own clients expectations as he won an incredible 80% of his picks against the spread during the 2021 March Madness Tournament and expanded his winning record to an impressive 81.25% for the Spring putting him at the top of sports handicappers in the world.

He got off to a red-hot start in the early rounds and never looked back as he rode the number 1 seed Baylor Bears all the way to the championship game and some easy money along the way betting sides and first halves and winning almost every single bet he placed and he gave his clients.

“All season long I looked at Baylor as a high value team. They had their season interrupted a couple of times due to COVID related issues but we were very confident that if they were a healthy team going into the NCAA Tournament that they would be a very difficult team to beat,” said Price. “To win the tournament, you need to have a collection of great scorers and defenders, led by a coach who runs a system that they’re all very familiar with and to me, outside of Gonzaga, there wasn’t a team on the board that was going to eliminate Scott Drew and the Baylor Bears.”

True to his words, Mr. Price went into the tournament expecting Baylor to win it all and bet big on the Bears in four of their March Madness matchups starting with Baylor -6 over 9th seeded Wisconsin and moving on to Baylor -7 over 3rd seeded Arkansas before finishing with easy winners on Baylor in both their Final Four semi final game against Houston and their championship game against Gonzaga. In all Price went 4-0 in Baylor’s four games but in true Jon Price fashion, his semi final and finals bets were not common wagers among the masses and yet another example of how the world’s greatest handicapper was able to find great value deep inside of those two big games.

“Baylor’s explosiveness on both sides of the ball in the early rounds and really many times this season, reminded me of a heavyweight fighter that comes out of the corner in round one and hits his opponent with a couple of staggering right hooks that leaves his opponent struggling to stand up,” said Price. ‘Between Houston and Gonzaga, we expected Baylor to come out with those right hooks and take command but respecting both the Cougars second half play during the tournament and Gonzaga’s experience and great coaching, we felt the greatest value was to avoid the full game side play and go big on Baylor in the first half of both games.”

Price, being the betting man that he is, made two huge wagers on the first halves of both games with Baylor being a -2.5 favorite against Houston and +2.5 points underdog against Gonzaga in each first half, respectively. Jon won both wagers easily as Baylor was up by double digits at halftime of both games.

“To sit back, watch and enjoy that second half between Baylor and Gonzaga knowing that we already closed the tournament at 80% was really the perfect way to close our arguably my greatest NCAA Tournament experience ever,” said Price. “I’m so proud of my team for the magical run that we had and a big congratulations to the NCAA and everyone around the tournament for making it happen this year and seeing it through safely. A year ago, due to the pandemic, we didn’t have a tournament to bet on and this year it was a win for all of us just so see basketball. Those elements combined with going 80% through March Madness make this a tournament that I will never forget.”

Now Price gets to round out the Spring as Sports Betting continues to gain major global attention with 25 states legalizing and the mergers and acquisitions market is hot for anything sports betting related.