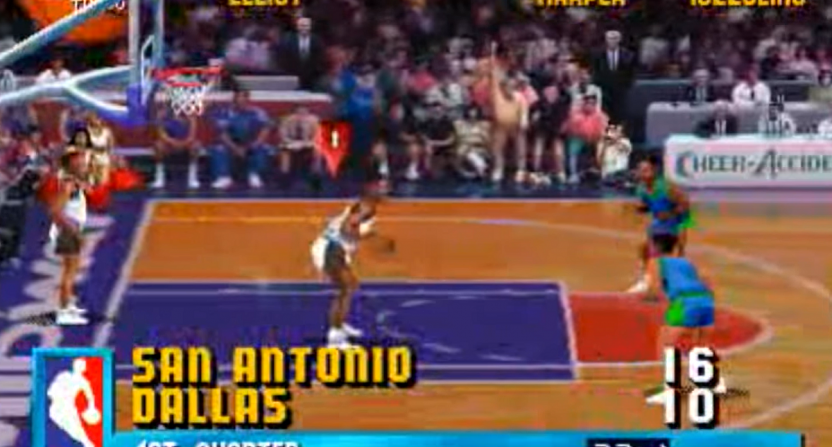 The NBA Jam franchise was inescapable throughout the 1990s. Not that you’d have wanted to escape it, obviously; it was one of and remains one of the most fun arcade gaming experiences, and the home-console versions were also a blast.

(I had a Game Boy version, and despite being a Pacers fan I played almost exclusively as Washington so I could have Calbert Cheaney.)

Now, a documentary is headed to production that promises to chronicle the rise and fall of the franchise and the company behind it, while also including just how big the game became for the NBA stars of that era.

BestCrosses Studios, the production arm of the basketball-themed social media platform BestCrosses created by Jack Sussman, has optioned Reyan Ali’s book “NBA Jam” to produce a feature documentary about the history and success of the game.

Emmy-nominated Sean Menard, who has several sports documentaries to his credit, including the acclaimed “The Carter Effect” about now-retired NBA superstar Vince Carter, will develop and direct.

The book, released by Boss Fight Books in October 2019, is built on extensive research and dozens of original interviews with developers, journalists, fans and NBA players. When programmer Mark Turmell and his team at Midway Games released the original “NBA Jam” in 1993, it had an immediate impact and spawned numerous home adaptations, sequels and remakes, including Acclaim’s famous 1994 conversion for Super Nintendo and Sega Genesis.

Variety teases a bit of the history that will be explored, including Michael Jordan’s desire to be in the game without actually being in the game:

The game counts many NBA greats among its fans, including Shawn Kemp, Gary Payton, Glen Rice, Larry Johnson, Patrick Ewing and Mark Price. Basketball superstar Shaquille O’Neal had teammates over to play his NBA Jam arcade cabinet, then organized Sega Genesis tournaments while on the road, while Michael Jordan, whose likeness could not be licensed by Midway for the game, asked Midway to create a custom version for him so he could be included as a playable character. Another “NBA Jam” fan is baseball great Ken Griffey Jr.

Will there be a section on how underrated Calbert Cheaney was on the game? Sadly, that feels unlikely. (And not just because it’s something that only I care about.) Regardless, a fun dive into this particular game’s history has a lot of potential, and as we saw with The Last Dance, 90s sports nostalgia has the potential to be a hot commodity right now.