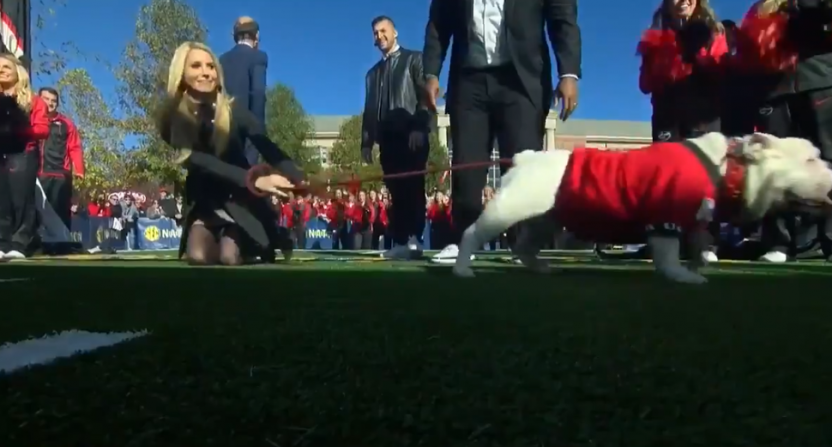 Saturday was a tough day for SEC Network sideline reporter Laura Rutledge. Assigned to the UMass-Georgia game, Rutledge first got dragged by Bulldogs’ mascot Uga X while holding his leash pre-game. Then, during the game, she got hit by a Georgia player as he was pushed out of bounds. After the game, though, Rutledge  showed a good sense of humor in mentioning the support she got from those in the Georgia athletic department despite being a Florida grad:

Took an L in Athens today. So many thanks to everyone at @UGAAthletics for their help after this happened…even though I’m a Gator ? pic.twitter.com/b1FTCPaqtH

She also had this one:

When your man spots a better option ? pic.twitter.com/zPuH46WD15

That’s certainly a rough day at the office for anyone, but at least Rutledge was able to see the humor in it. And hey, it could have been worse. When it comes to college football, it seems much better to be dragged by Uga than, say, Ralphie the Buffalo, or even the Sooner Schooner…