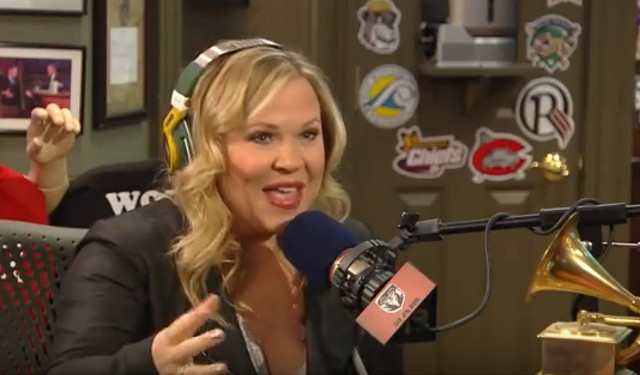 In two decades at ESPN, Holly Rowe has filled all kinds of roles. She has covered men’s and women’s college basketball, college football, the NBA, the WNBA, soccer, volleyball, softball, swimming, track and field, the Little League World Series and probably even more, mostly as a sideline reporter. And now, she’s taking on something new.

Richard Deitsch of The Athletic reports that on May 20, Rowe will call play-by-play for the WNBA season-opening game between the Minnesota Lynx and Los Angeles Sparks on ESPN2, which doubles as a rematch of the last two league finals. It will be her first time calling play-by-play for a WNBA game in her two decades covering the league.

Per The Athletic, the idea came about because ESPN’s usual WNBA voice, Ryan Ruocco, had a scheduling conflict on the date in question and Rowe offered up her services, pointing out that she has covered the WNBA since its inception and might be more qualified than a play-by-play standby less familiar with the league. ESPN agreed and gave her the assignment. She will call the game alongside analysts Rebecca Lobo and LaChina Robinson. Via the Athletic:

“Very few people stumble into something in their 20s that they love, and I am still doing it in my 50s with just as much passion, energy and excitement,” said Rowe, 51. “I feel like I have a true talent on the sidelines because it is so impromptu and you have to figure out where to fit in the broadcast. I think it suits my creative talents better, but I would love to do more play-by-play if my schedule permits. I just hope I can showcase other skills I have and who knows where it goes from there.”

Rowe has mostly served as a sideline reporter since joining ESPN in 1998, but has called play-by-play for various college-sports events.

Though ESPN has typically used women as its WNBA analysts, its lead play-by-play commentators have tended to be male.

Rowe’s new assignment comes while she continues to receive treatment for the cancer that she has fought since 2016. She has said in the past that sports have “saved [her] life” as she has undergone chemotherapy and other treatments, and she reiterated to Deitsch that being busy with work has helped her mentally and physically. She is currently part of a clinical trial that ends in August.

“The weird thing is I feel the worst when I am sitting home relaxing and resting because I think about it and I feel it,” Rowe says. “I think that’s why I maintain the schedule that I do. When I’m working, I don’t think about that I don’t feel well. I don’t think about that my body is in pain. The more I sit around, the worse I feel. So I am just kind of plugging away in the chemo world, but it is going well. My secret hope is when my trial is over in August my scan will be at a place where they think I am good, but I have learned not to plan anything with this cancer battle because any time I plan anything I have to change it.”

As always, all the best to Rowe as she takes on cancer… and as she gives WNBA play-by-play a shot.