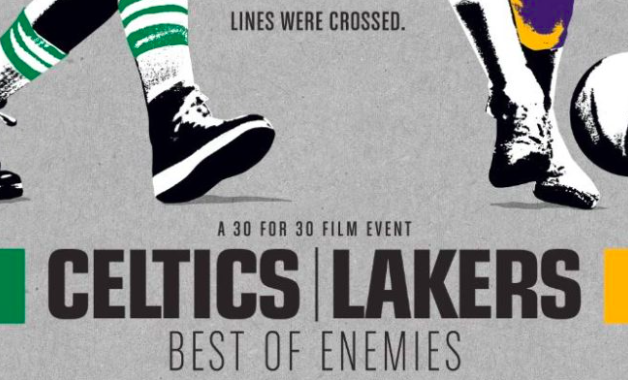 In the seven and a half months (give or take) that we’ve had between the NBA Conference Finals and NBA Finals you’ve likely heard the stat that this is the first time the same teams have met in the sport’s ultimate showcase three years in a row. While it’s happened in other leagues, it’s never happened in the NBA.

It’s also a perfect segue to the much-anticipated 30 for 30 documentary on what might be the NBA’s most famous rivalry – the Boston Celtics vs the Los Angeles Lakers. The two franchises have met a record 12 times in the NBA Finals with the first coming in 1959 and the most recent in 2010 with the Celtics holding a 9-3 advantage. However, the height of the rivalry and maybe the height of the NBA as a whole came with their 3 Finals matchups in the 1980s featuring the Celtics led by Larry Bird and the Lakers of Magic Johnson.

ESPN’s documentary will focus on the Celtics-Lakers rivalry of the 1980s with Bird and Magic at the center and a litany of other Hall of Fame caliber players on both rosters as well.

ESPN will be praying that this year’s Finals goes at least six games, because the two-night 30 for 30 special will air on back to back nights between Games 5 and 6. The 30 for 30 will air Parts I and II on Tuesday June 13 at 8 PM ET while Part III will air on Wednesday June 14th at 8 PM ET. That fits perfectly into the Finals schedule with Game 5 set for June 12th and Game 6 for June 15th.

The documentary will also take a unique approach in having two narrators – Ice Cube representing the Lakers and Donnie Wahlberg for the Celtics. Is there an N.W.A. vs New Kids on the Block rivalry beneath the surface here that we don’t know about?

Here are more details from ESPN. The first night will take viewers through the 1984 Finals while the second night will cover 1985-1987:

Directed by Jim Podhoretz (The Gospel According to Mac) and Executive Produced by Jonathan Hock (Of Miracles and Men, The Best That Never Was), the film not only gets to the heart of the greatest tug-of-war in NBA history, but also shows how their three riveting NBA Finals match-ups over a four-year period in the mid-1980s fueled the popularity of the league, changed popular culture and set the stage for the tremendous growth and profile of the NBA since.

“I began my career at NBA Entertainment in 1985 (actually Jon Hock and I started on the same day),  and I vividly remember being a 24-year-old production assistant and sitting courtside in the Boston Garden for the 1987 NBA Finals,” says Podhoretz. “While some of the Celtics-Lakers story has been chronicled before, we hope to bring to our production the experience of going through it from a visceral and highly partisan standpoint.  We found the players that we interviewed to be totally engaged. The vivid details that they recall, the candid feelings, their hatred, their joy and their vulnerability are all out there for people to see.”

Viewers will witness the heroics, the buzzer-beaters and the fights. Thanks to Podhoretz, who began his career chronicling the Celtics for NBA Entertainment, they will also get an engaging history lesson–one that begins in the 1960s when the Celtics dominated the Lakers and continues with the 1979 NCAA Championship Game, when Larry Bird of Indiana State and Magic Johnson of Michigan State set the tone for a new chapter in the rivalry that would dominate the NBA in the ensuing decade.

This should be great. If it’s 25% as good as the last multi-part 30 for 30 which was the award-winning OJ: Made in America then this one diving deep into the Celtics-Lakers rivalry should be a top tier 30 for 30 film. Perhaps the only regret is that ESPN waited until mid-June to air it instead of giving us some interesting NBA content to hold us over between the end of the regular season and the Finals.