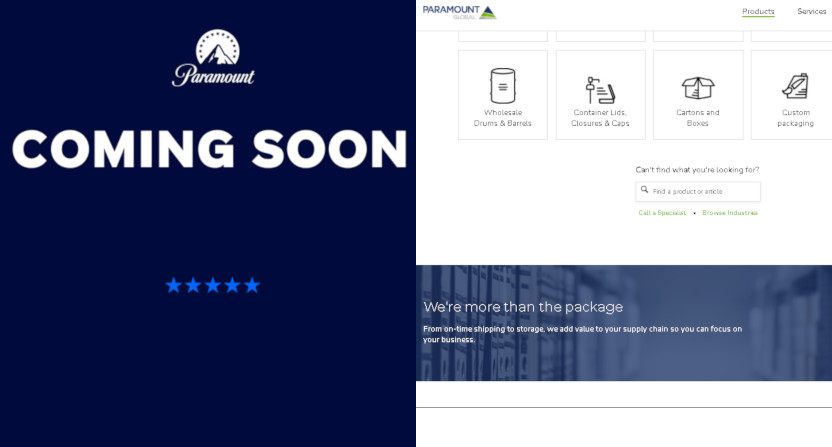 Over the last two and a half decades, CBS has gone through quite a number of parent company name and organizational changes. In 1995, the Westinghouse Electric Company bought CBS and renamed itself “CBS Corporation,” and in 1999, former CBS spinoff Viacom bought CBS from Westinghouse. CBS and Viacom were then split up in 2006, with CBS returning to the “CBS Corporation” name, but the two entities came back together in a 2019 merger as “ViacomCBS.” And now, while it’s not actually undergoing a further structural change, the company is changing its name to Paramount Global (Paramount comes from the name of the now-ViacomCBS-owned movie and TV studio, which actually was a 50 percent investor in the then-radio CBS back in the 1920s), with an effective date of Wednesday (Feb. 16). That was revealed in a ViacomCBS Q4 2021 earnings call Tuesday, and the discussion of streaming service Paramount+ there may help to indicate the reason for this change. Here’s more on that from Dade Hayes at Deadline:

Wall Street analysts had expected earnings of 43 cents, but they came in at 26 cents on an adjusted, diluted basis compared with $1.04 in the year-earlier quarter.

Revenue of $8 billion, though, far outdistanced estimates for $7.51 billion, climbing 16%.

Streaming was by far the standout category in terms of revenue, shooting up 48% to $1.3 billion on the top line. Advertising, by contrast, flatlined at $2.6 billion, up just 1% due to lower political spending and fewer linear impressions.

The streaming subscriber gains were led by Paramount+, which added 7.3 million subscribers to get to 32.8 million by the December 31 end of the quarter.

As those figures show, Paramount+ is growing more and more in importance for this company. So there’s some logic to having Paramount in the top-line brand, with everything else (including CBS, CBS Sports Network, networks formerly under the Viacom umbrella like MTV, BET, and Paramount Network (the former TNN and SpikeTV), the Paramount Pictures movie studio, and online properties like CBS Sports, Scout, 247 Sports, and SportsLine) living under it. However, the particular “Paramount Global” name is interesting, because that already belongs to a packaging company (which was founded in 1976 in Paramount, CA). Their website’s products page is shown at the top right of this post, and here’s a screenshot of what a basic Google search for “Paramount Global” returned Tuesday evening:

None of that is necessarily a huge deal for the about-to-be-renamed company. First off, a Google News search for “Paramount Global” was full of results about the media company, not the packaging one. Beyond that, even the statement about the renaming suggests they’ll use “more simply, Paramount” on most references:

“An iconic global company deserves an iconic global name– one that reflects the power of our content, one that reflects our role as stewards of a rich heritage and as leaders in the future of entertainment,” CEO Bob Bakish and Shari Redstone, non-executive chair of the company’s Board of Directors said in a companywide memo to employees. “With this in mind, as we’re announcing today at our investor event, ViacomCBS is becoming Paramount Global, or, more simply, Paramount.”

And for just “Paramount,” the search results are dominated by the movie studio and the streaming service. And this company owns “paramount.com” (which has only a big “Coming Soon” right now, as seen at top left), “paramountplus.com“, “paramountnetwork.com“, “paramountpictures.com“, and probably a few more variations, so it’s unclear if they’d even try to buy the paramountglobal.com domain from the packaging company.

And there isn’t necessarily a strong case for likelihood of confusion (a key part of trademark infringement cases) between the packaging company and the media giant, especially with the media giant already using “Paramount” for so many of its properties for years. And even if there was a case filed, there’s a good chance it would get settled (as the Cleveland Guardians’ roller derby team’s case against the renamed baseball team was this November, setting up that official change). Also, the media company at any point could go to just “Paramount” as the official name; the various “Paramount” add-ons already have specific names (+, Network, Pictures), so even just “Paramount” would be fine as the whole thing, and it sounds like that’s what they’re going to use more often anyways. But still, it’s at the least quite funny that the specific formal proposed new ViacomCBS name is already taken by this packaging company.