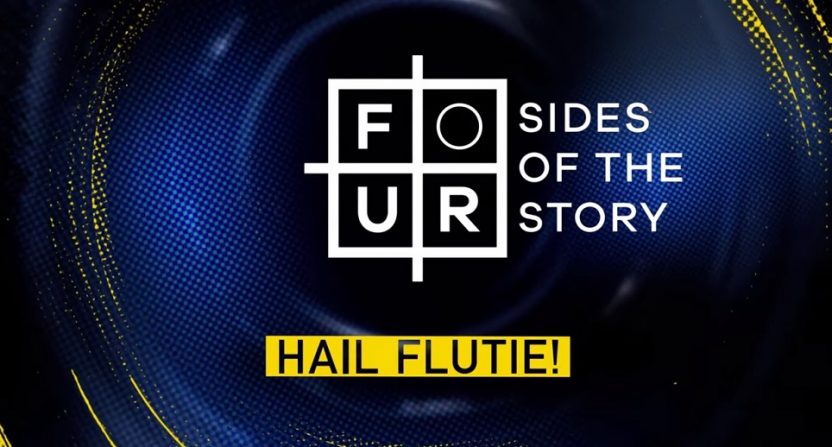 CBS documentary franchise Four Sides of the Story (which covers pivotal sports events in half-hour documentaries with at least four different perspectives each) is heading into its third season, and they’ve announced four upcoming college football entries in honor of the 150th season of U.S. college football. These documentaries will all premiere on CBS’ broadcast network as part of their college football coverage this fall, ahead of the 3:30 p.m. Eastern kickoff times for SEC on CBS games.

Here’s a breakdown of these new documentaries from the CBS release:

Those all could be pretty interesting, as those will cover some of the most famed moments in college football. And while plenty has been done on some of the stories here over the years, the Four Sides of the Story approach to this might bring some fresh insight. Rather than cutting back and forth between different perspectives, or cutting between an all-seeing narrator and perspectives from those involved, Four Sides of the Story provides four different segments, each featuring at least one figure involved.

Here’s a trailer for the four new episodes.

For example, their 2017 One Stunning Moment on Kris Jenkins’ 2016 title-winning shot for Villanova against UNC had a couple of segments with two figures. One featured Jenkins and adopted brother Nate Britt Jr. (who played on that UNC team), and one had current Villanova coach Jay Wright and former Villanova coach Rollie Massimino. But most of the segments feature a perspective from one figure involved, and they tend to go not just for facts, but also for thoughts and emotions. Last year, CBS Sports vice president (original programming and features) Emilie Deutsch told AA the goal is to go beyond just what happened and to dig into why it happened and what the participants were feeling:

“The challenge and the key to the approach is that you’re not just telling the story of what happened,” Deutsch said. “You’re not just saying, for instance, in The Alabama Audible, the first one that comes out in September, you’re not just saying that Tua came in at halftime and threw for so many yards, you’re actually getting into ‘How did each person experience that moment? What were the feelings? What are the anecdotes? What were the emotions surrounding it for that person?’ It’s a little hard sometimes to get to that, but that’s the challenge and that’s the key for this series.”

It’s notable to see Four Sides of the Story continuing into a third season, and to see it getting even a higher profile. Last year, only one of the four Four Sides of the Story installments (the aforementioned The Alabama Audible, on Tua Tagovailoa’s halftime entrance in the 2017-18 national championship game) premiered on CBS proper, with the others premiering on CBS Sports Network.

But a college football-focused season feels like a nice fit for fall appearances on the broadcast network given CBS’ live game rights. And premiering these ahead of SEC on CBS games makes quite a bit of sense; while none of these are specifically about SEC teams, they’re about big college football moments, and that will have some appeal for college football fans in general. (And hey, the Army-Navy one lets CBS promote that they’ll be airing that game as always in December.)

CBS has also announced another documentary special in honor of the 150th year of college football, Through the Lens of CBS Sports: College Football at 150. Here’s how the release describes that:

CBS will also broadcast a one-hour special, “Through the Lens of CBS Sports: College Football at 150,” on Saturday, Nov. 2 (1:30 PM, ET). The show documents the history and memorable games throughout the years on CBS Sports, along with interviews from key voices of the network’s storied coverage – including Verne Lundquist, Jim Nantz, Brad Nessler, Gary Danielson, Tracy Wolfson and Brent Musburger.

So that could be interesting as well. And there will be “animated vignettes that will air across all platforms” throughout the season, which will ” showcase some of the more light-hearted traditions, myths and unique moments that make college football what it is today.” So all in all, there’s a whole lot of college football content coming to CBS this fall, and not just games.