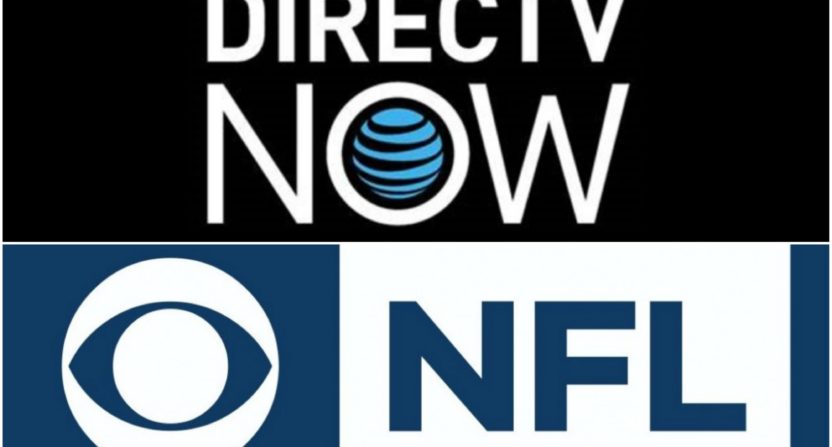 When a carriage deal between networks and providers is up for renewal, there’s almost always posturing by both sides to try and negotiate a better deal for them. Subscribers, meanwhile, are left hoping to avoid a channel being taken away or a price increase being passed on to them.

They happen all the time, with the latest example featuring an ongoing dispute between CBS and AT&T/DirecTV. While both sides have obviously been negotiating towards a deal, progress is stalled to the point CBS-owned stations could be going away from U-Verse, DirecTV, and DirecTV Now.

CBS released a statement saying if an agreement wasn’t reached by Friday night, AT&T could drop some CBS affiliates from DirecTV, DirecTV Now, and U-verse.

“CBS has reached timely, fair agreements with hundreds of other cable, satellite, telco and internet providers to carry our industry-leading, fan-favorite programming. AT&T, however, continues to propose unfair terms well below those agreed to by its competitors and may drop CBS unless we agree to those terms.”

“CBS would like to avoid being dropped, but unless an agreement is reached, our viewers should be prepared for DIRECTV and AT&T U-verse TV to remove CBS-owned television stations in New York, Los Angeles, Chicago, Philadelphia, Dallas, San Francisco, Boston, Atlanta, Tampa, Seattle, Detroit, Minneapolis, Miami, Denver, Sacramento, Pittsburgh and Baltimore at 11:00 PM, PT on July 19. DIRECTV NOW customers nationwide would lose the CBS Television Network’s hit programming as well.”

This is a common tactic, of course. CBS is putting out this statement in an effort to sway public opinion.

It’s important to note two things in this. One is that this isn’t the only major carriage dispute AT&T and DirecTV is facing right now. A dispute with Nexstar has resulted in over 100 affiliates going dark as Nexstar pulled their affiliates. The second is that even though this is CBS, that doesn’t mean every CBS affiliate is affected. Really this just affects a handful of stations, but as those affiliates are in big markets, it’s still a lot of people who might not have CBS for a while.

As usual, the argument from both sides is pretty much the same as every dispute. CBS claims that they’re being offered below market value to have their stations on U-Verse/DirecTV/DirecTV Now. AT&T claims CBS is asking for too much and if they were to give in to them, they would be forced to raise prices onto the consumer.

Considering this is mid-July, there isn’t as much pressure on both sides to come up with a deal. Many TV shows are on hiatus until the fall, and the CBS sports calendar is very light until football starts up again. That could mean less pressure from subscribers.

One thing that will get people speaking up and cause negotiations to speed up is the NFL. Considering affiliates in half of NFL markets would be affected by this, there’s motivation on both sides to get something done by that point.