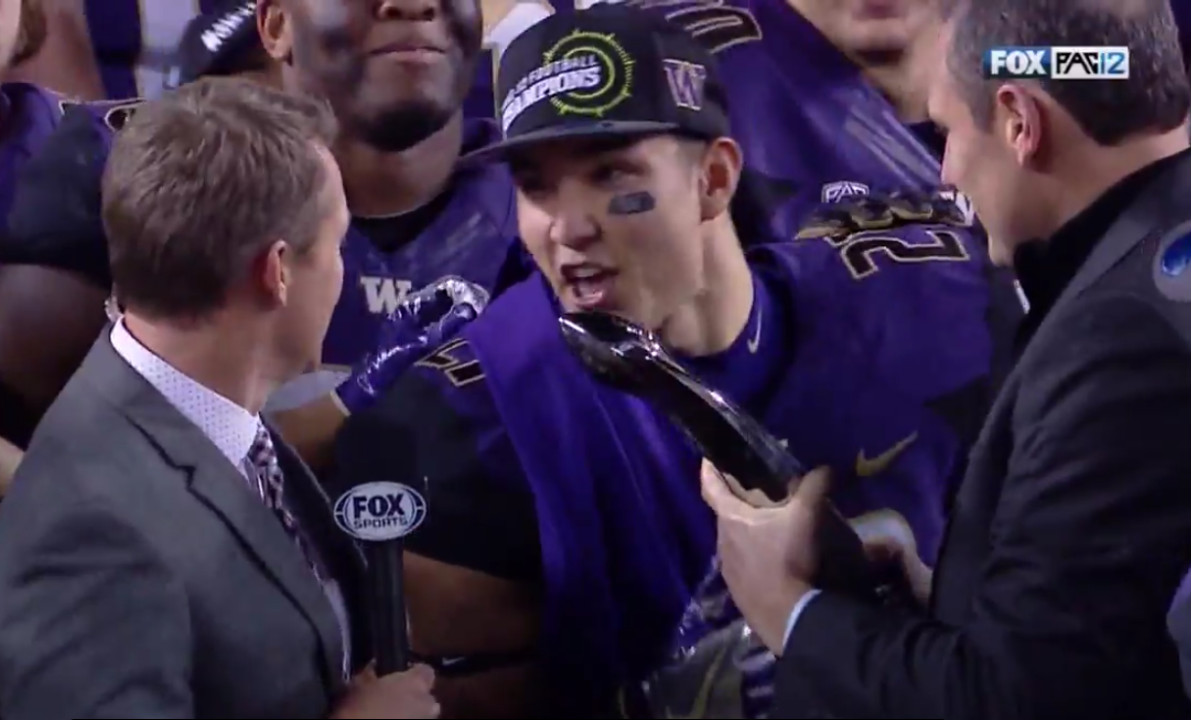 The Pac-12’s conference championship game Friday night was relatively uneventful, with Washington thumping Colorado 41-10, but the same can’t be said for the trophy presentation on Fox. First, the network came back from commercial and had announcer Joe Davis set up the trophy presentation from Rob Stone, but Stone asked how far away they were on a live mic,  was told “Not at all, we’re there,” and then asked “Are they talking to me?”

Stone then tried to award Washington freshman defensive back Taylor Rapp the MVP, but called him Tyler, only for Rapp to correct him:

Stone got it right on his second try, but that’s still an awkward moment. This definitely could have gone more smoothly.