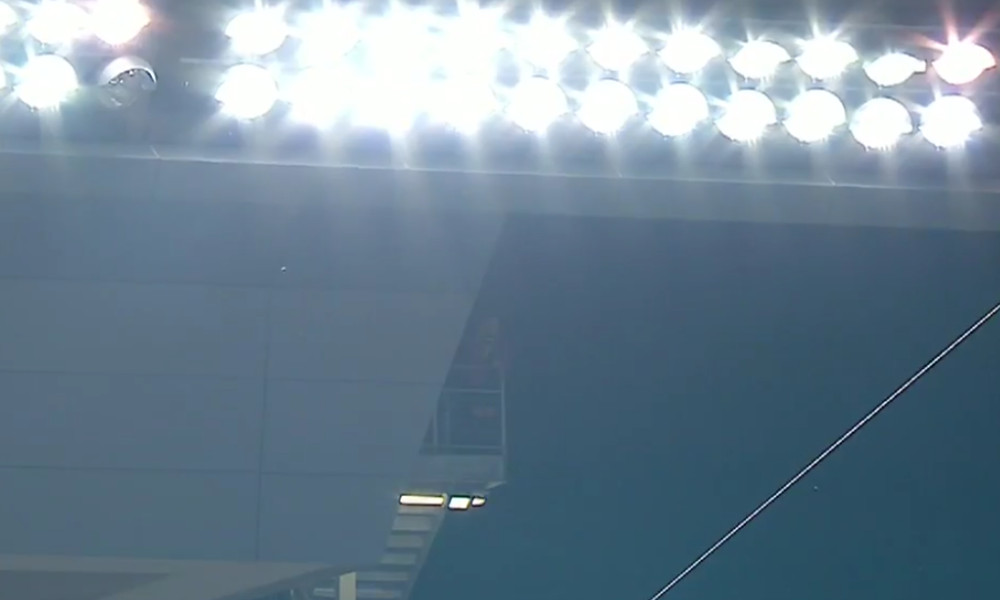 ESPN announcers Dave Flemming and Jesse Palmer spent much of Thursday night’s LSU-Texas A&M broadcast talking about a potential offer of the LSU coaching job to Houston’s Tom Herman, based on an ESPN.com report saying they could have a deal in place as early as Saturday. That led to them throwing to sideline reporter Laura Rutledge, who climbed all the way to the visiting athletic director’s box to get a “no comment” from LSU AD Joe Alleva, who she described as “distressed”:

Despite the “no comment,” Palmer and Flemming kept talking about Herman to LSU as an impending move. The university then put out a statement condemning “unsubstantiated rumors”:

And LSU then issued a further statement:

ESPN’s Mark May also went off on Alleva during halftime for how he handled the attempted firing of Les Miles last year, the actual firing of Miles this year, and this current coaching search:

It’s also notable that reports came out during the game that Herman may still be waiting on an offer from Texas, with FootballScoop reporting that “representatives of the University of Texas do not believe Tom Herman has agreed to become LSU’s next head coach and are on their way now to meet with his representatives.” So this may wind up leading to nothing, except some theatrics during the broadcast. You can’t really blame ESPN for trying to chase a developing story like this, especially in a game that doesn’t have major implications in and of itself (LSU won 54-39, for what it’s worth), but they didn’t get too far in this case. It looks like Rutledge climbed all that way for nothing…