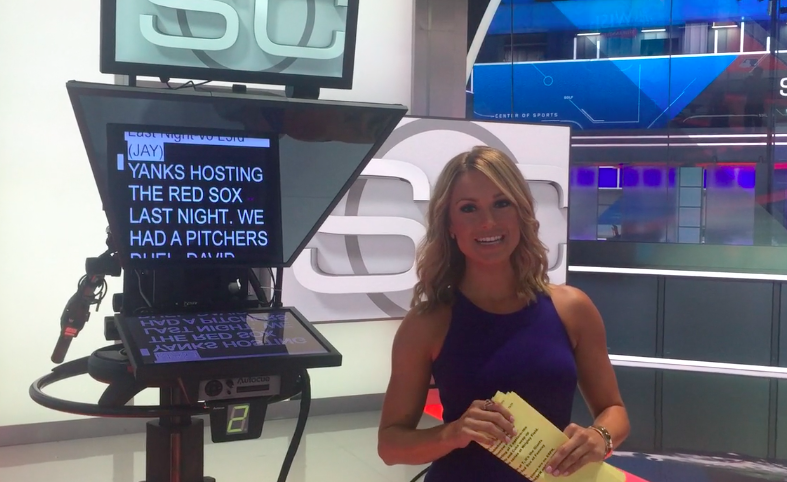 McGrath will be a sideline reporter and host for ESPN, both roles that she filled at FS1.  McGrath was the lead sideline reporter for Fox/FS1’s college football coverage as well as a co-host for America’s Pregame, FS1’s answer to the 6 PM ET SportsCenter before handing it over to Colin Cowherd and Jason Whitlock.

“It is great to welcome Molly back to ESPN,” said senior coordinating producer Lee Fitting. “Versatility is one of her many strengths that will be on display throughout the college football and basketball seasons. She immediately makes our college sports coverage better and we look forward to working with her for years to come.”

During her first tenure with ESPN, the San Francisco native learned the ins-and-outs of a national media outlet, working behind the scenes on SportsCenter and a variety of other studio shows. Her duties included logging play-by-play of sporting events, writing shot sheets and producing highlights.

“I am thrilled to bring my career full circle as I return to the ESPN family,” said McGrath. “Over the last five years, I have worked extremely hard to put myself in a position to return to ESPN as an on-air commentator. This opportunity will continue to challenge me and elevate my career to the next level.”

Just as Spake was a positive addition for Fox, McGrath is a great hire by ESPN on a couple different levels. First, she’s very talented with a variety of experience already gathered in her young career. McGrath has a very bright future in the industry and can grow and blossom into a bigger role at ESPN in the years to come as they’ve seen some more veteran faces depart.

Second, the addition of McGrath helps at least spell the narrative that ESPN is facing a talent exodus and losing out to rivals like Fox, NBC, and CBS. The hiring of McGrath shows that ESPN is still in a place to acquire some of the best talent working across the board in sports media.