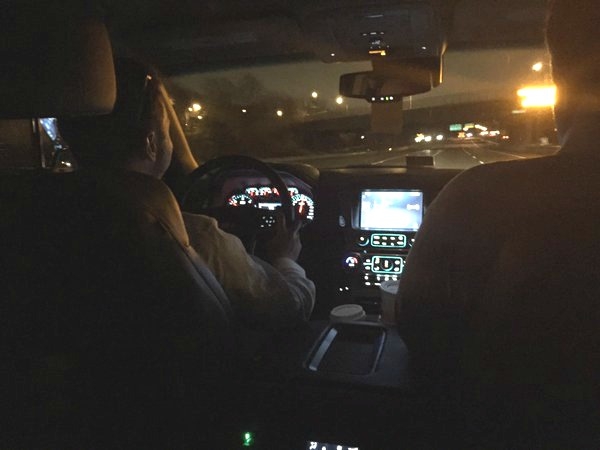 What was supposed to be a grueling four days of travel for ESPN’s Wednesday Night Baseball announcers and crew got a whole lot worse.

The announcing trio of Jon Sciambi, Rick Sutcliffe and Doug Glanville was scheduled to call Cardinals-Pirates from Pittsburgh on Sunday afternoon, Astros-Yankees from New York on Monday afternoon and Phillies-Reds from Cincinnati on Wednesday night. The trouble started even before Sunday’s game at frigid PNC Park ended.

The 15 members of the ESPN talent and production staff making the trip to NYC had an 8 p.m. flight to LaGuardia Airport on Sunday, which kept getting pushed back as the opening game progressed. By the time the crew was ready to leave the ballpark at 5, the flight was delayed to a 10 p.m. takeoff. Things were getting tight.

“It’s been weeks of preparation and organization working alongside our operations team and getting everything prepared at all three different ballparks to put on our opening week broadcasts,” Wednesday Night Baseball producer Jeff Dufine told Awful Announcing.

Everyone had to be at Yankee Stadium at about 6 on Monday morning to get everything set up for the 1 p.m. broadcast, and waiting for an already delayed flight to take off was becoming more risky as time progressed.

“If we wait for the flight and it doesn’t happen, then we’re really screwed,” Glanville told Awful Announcing.

They didn’t want to take any chances with that flight. So at about 6 p.m. Sunday, Dufine, Glanville and several other staffers decided to make the six-hour drive from Pittsburgh to New York City.

They took two cars; one containing Glanville, Sciambi, Sutcliffe and talent stats and stage manager Ivan Sokalsky and the other containing Dufine, director Jimmy Platt, tape producer Ben Ward and graphics producer Will Dorney. While Glanville, who was fighting off a cold, slept and Sokalsky drove, Sutcliffe thought it would be a good idea to serenade his fellow passengers with Chris Stapleton’s “Nobody To Blame But Me.”

“Let’s just say it wasn’t even in the vicinity of Chris Stapleton,” Glanville said. “He said it was out of strategy to make sure the driver stayed awake. I’d call it the call of the wild. It wasn’t soothing, but it kept everybody going.”

Dufine’s car ended up getting pulled over by Pennsylvania State Troopers for speeding, but they were let off the hook from any wrongdoing.

“We were going a little bit faster than we should have been,” Dufine said. “He had every right to pull us over and it was a very nice gesture to let us off. Can’t make that up.”

Both cars got into Manhattan at about midnight, and it was raining quite hard by the time everyone got to Yankee Stadium six hours later. It was forecast to rain all day, so Major League Baseball postponed Monday’s game 24 hours until Tuesday afternoon.

When most nationally televised contests get rained out, they’re made up on a different day and a network like ESPN isn’t given the rights back to broadcast that game. Dufine was thankful that MLB made an exception, but the makeup date posed its own set of challenges.

Some members of the production crew had other obligations scheduled for Tuesday, so ESPN had to bring aboard eight to 10 new staff members for the game, Dufine said. ESPN also had to ensure that the same TV truck would stay on site for an extra day. The truck was originally scheduled to be in Washington, D.C. on Monday night.

Glanville and his three young children live in Hartford, and he was looking forward to spending Monday night and Tuesday with his family. Monday’s rainout altered his plans.

Glanville took a train to New Haven Monday morning after the Houston-New York game was postponed, and drove a car through some heavy snow back up to his home. After a day with his family, he woke up at 5 a.m. to arrive at Yankee Stadium in time to prepare for the Tuesday telecast.

“I have no complaints,” Glanville said. “I have a great job.”

In his role on Wednesday Night Baseball, Glanville stands outside on the field and the cold, windy elements were not working in his favor this week, especially while he fights off his cold.

“When you get the northeast games [in April] that’s what happens,” Glanville said. “The fans are out there, so I really try to make it. It gives you a feel for the game.”

After a successful and drama-free game (at least in terms of the broadcast) on Tuesday, it was on to Cincinnati— as Bill Belichick would say— for Wednesday night’s Phillies-Reds game.

“We’re all pulling along a little bit of extra weight and doing multiple games, which is great for us,” Dufine said. “It’s a joy to kick off the start of the opening week of the baseball season.”

After Wednesday’s game, the WNB crew will go back to their more tame schedule of weekly assignments, but the circumstances that surrounded everyone’s interesting week of travel will surely stick with everyone for the duration of this long 2016 baseball campaign.