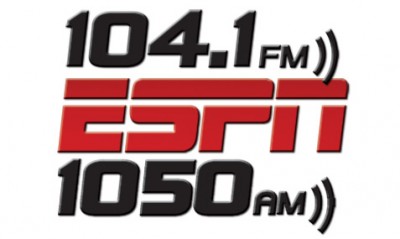 There are plenty of lawsuits that arise out of media figures’ comments, but the one Darrick Dixon has filed against ESPN Williamsport (PA) host and general manager Todd Bartley stands out both for the numerous unusual factors involved in the case and for Bartley apparently doubling down on his criticisms of Dixon in response. According to Kevin Koeninger of the Courthouse News Service, Dixon sued Bartley, ESPN and ABC in the Philadelphia County Common Pleas Court earlier this month, alleging that Bartley was jealous of Dixon’s PA Sports Live broadcasting company’s greater ability to attract viewers, listeners and revenue and upset over a failed partnership between the two earlier, and that he called Dixon a rapist and a child molester to try and gain ratings and advertisers.

This all comes out of a 2001 court case, where Dixon (then the 23-year-old head girls’ basketball coach at Williamsport Area High) eventually struck a plea deal, pleading no contest and was sentenced to 11.5 to 23.5 months in jail on two counts of statutory sexual assault and one count of corruption of minors (less than what he was initially charged with, and less than the further charges brought against him later) Bartley brought this up on his radio show on Feb. 1 of this year, questioning Dixon’s ongoing involvement with Pennsylvania high school sports through his broadcasting firm PA Sports Live, and that (and subsequent stories, many of which are linked on ESPN Williamsport’s Facebook page here) sparked this lawsuit. Here’s the full filed complaint:

That complaint is rather remarkable, alleging that Bartley defamed and slandered Dixon, invented stories about him, and stated as fact that Dixon “raped one of the girls he used to coach.” (As per those allegations, Dixon’s filing says he “never engaged in the alleged sexual encounters,” and that “due to racial, political, and financial considerations out of Dixon’s control, Dixon’s attorney at the time advised him to accept a plea agreement.”) Here are some of the highlights of it, from Koeninger’s piece:

In a lengthy, on-air tirade directed at Dixon on Feb. 1 of this year, Bartley allegedly called Dixon a “former girls basketball coach who raped one of his players.”

“I’m telling you right now, people … have said today, in 2016, he got no business being around kids or being at a school, let alone with a camera,” Bartley allegedly said. “The guy’s doing face to face interviews on the court, on the floor, on the mat, on the gridiron and if you tell me I can’t go, I’m going to sue you because I can’t make a living. Well guess what? Most people didn’t rape their own player back in 2001, most people didn’t do that.”

The March 4 complaint says Bartley posted a link to the Feb. 1 audio on his Facebook page, which “has attracted more than 4,000 listeners.”

Dixon claims that several cease and desist letters sent to ESPN and its local broadcast affiliates have had no effect, and that Bartley has dedicated several more segments of his show to defaming his character.

Dixon’s allegations have not been proven in court. A Feb. 10 statement on the ESPN Williamsport website after receiving an earlier letter from Dixon suggests they’re sticking by what Bartley’s said on their airwaves, saying “ESPN Williamsport stands behind every word of its reporting and stands prepared to defend it in any court venue at any time.” It looks like they may get that chance if this lawsuit proceeds. What’s also notable is the response from ABC lawyers to CRGW (the Colonial Radio Group of Williamsport, or ESPN Williamsport) linked on that page, which can be seen here:

That letter says the letter they received from Dixon “refers to alleged content produced and broadcast by, and solely the responsibility of, CRGW and does not refer to any material produced or supplied by ESPN,” and goes on to say that ABC reserves its right to potentially demand indemnification from CRGW.

What’s particularly unusual about this case is that usually when a lawsuit’s filed, the media organization defending it gets very cautious about further reporting on the matter until the lawsuit plays out. That hasn’t happened here; the ESPN Williamsport Facebook page has filled up with several subsequent pieces on Dixon, including Bartley speaking to a state representative vowing to “bring legislation forward next week to close the Darrick Dixon loophole in Pennsylvania’s Megan’s Law, if one indeed exists” on March 10 and speaking to an alleged witness in Dixon’s case on March 11.

Meanwhile, some parents have started bringing forward concerns about Dixon’s involvement in high school athletics (including a girls’ basketball practice), while some of Dixon’s friends and his lawyer have suggested this is about Bartley trying to get revenge for a business partnership in 2013 that ended poorly. This will be an interesting one to watch in the days ahead.