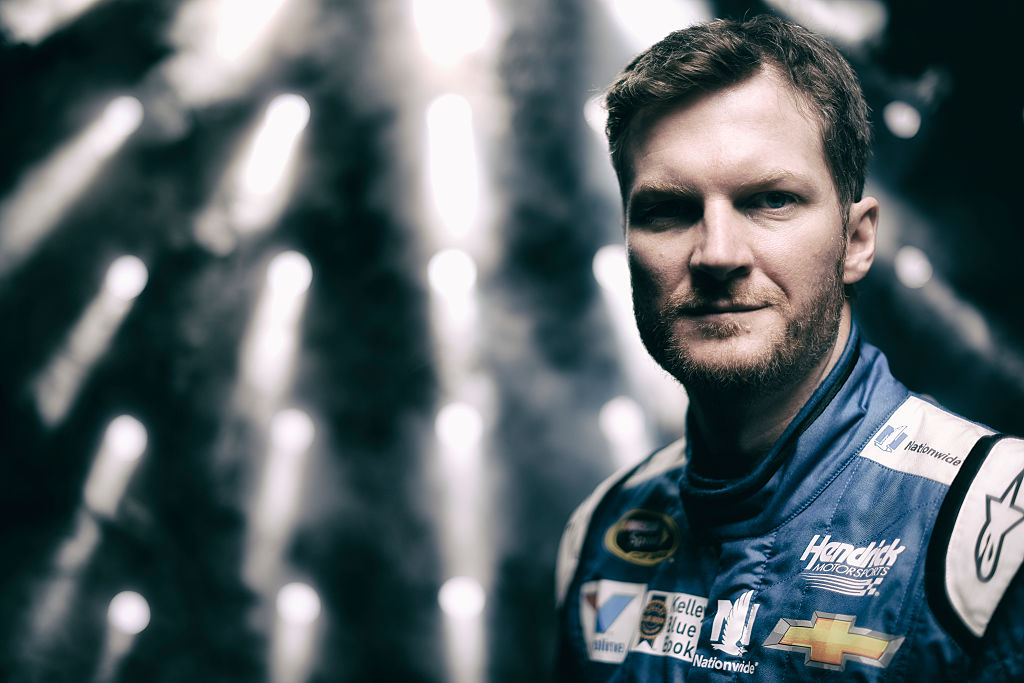 One of the biggest stories in sports that has really flown under the radar on the national scene is the prolonged absence of NASCAR’s most popular driver, Dale Earnhardt Jr, due to a concussion injury. Earnhardt’s concussion was believed to be suffered in June at Michigan International Speedway and he hasn’t raced since July. The decision has already been made for Earnhardt to sit out the rest of the 2016 season and try to get ready for the 2017 season.

NASCAR has certainly missed Earnhardt’s star power on the track as ratings have continued to struggle this season. But at least for two races down the home stretch, the sport will have Earnhardt as a presence in the broadcast booth. NBC will welcome Earnhardt onto the announce team with Rick Allen, Steve Letarte, and Jeff Burton for races the next two weeks at Talledega and Martinsville.

The announcements via an NBC Sports release:

NBC Sports announced this evening on NASCAR America that Dale Earnhardt Jr., driver of Hendrick Motorsports’ No. 88 Chevrolet, will join the NBC Sports broadcast booth for portions of two upcoming Sprint Cup broadcasts. Earnhardt, who has not raced since July as he recovers from a concussion, will lend his expertise as an analyst during NBCSN’s coverage this Sunday from Talladega Superspeedway, as well as the following Sunday from Martinsville Speedway.

“I’m excited to see these races from a different vantage point and hopefully offer some insight to the viewers,” said Earnhardt. “I thoroughly enjoyed my opportunity to broadcast the XFINITY race at Michigan earlier this year, so I expect getting to spend time in the booth with the NBC team to be just as fun.”

“With five races left in the Sprint Cup playoffs, we are thrilled to welcome Dale Earnhardt Jr. into our broadcast booth as we present two of the most unpredictable and exciting races in the Chase,” said Jeff Behnke, VP of NASCAR Production for the NBC Sports Group. “Dale is incredibly respected and the viewers and fans will be treated to his perspective on two very different race tracks.”

Earnhardt is a third-generation driver in a family forever connected to the sport of stock-car racing. Race fans have selected him a record 13 consecutive times as NASCAR’s Most Popular Driver. Through 2016, the native of Kannapolis, North Carolina, has amassed 26 career victories, including the 2004 and 2014 Daytona 500s. His 26 victories tie him for 29th on NASCAR’s all-time race winners list.

It will be good for NASCAR fans to see and hear from Earnhardt, even if it is for limited action in a couple races (although one wonders just how crowded a four person broadcast booth will be). However, it’s also worth pondering if this is an experiment for the future. Ironically enough, Earnhardt has had another announcer, Fox’s Jeff Gordon, filling in for him at Hendrick Motorsports for seven races so far this season. While Earnhardt has remained steadfast in his desire to return, it hasn’t stopped others from throwing out the “r-word.”

Whether it’s sooner or later, it’ll be interesting to see if Earnhardt pursues a career in television. Fox and NBC both have relatively young analysts in Jeff Gordon and Jeff Burton that are in the same era of driver as Earnhardt Jr. But with the profile and popularity of Earnhardt, any network will make a way to find a place for him if he chooses to go into television for the long haul.