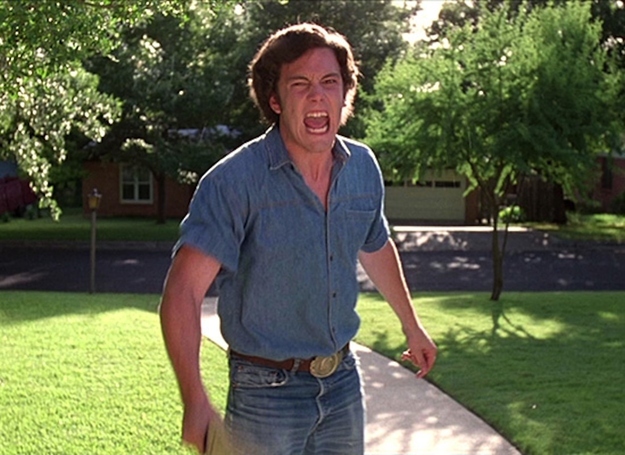 The Ringer creator’s new talk show Any Given Wednesday premiered on HBO on Wednesday night and it featured some incredible guests including Ben Affleck and Charles Barkley. When Affleck showed up in a segment to discuss Deflategate and the supposed travesty of suspending Tom Brady four games, he didn’t hold anything back dropping 19 f-bombs in under five minutes.

Here are all the times he said it.  (NSFW)

“Deflategate is the ultimate bullshit fucking outrage.”
“It’s so fucking stupid.”
“It’s the equivalent of suspending a baseball player for forty fucking days.”
“… there would be no fucking NFL.”
“They suspended Tom Brady four games for not giving him his fucking cell phone.”
“I’d never give the organization as leak-prone as the NFL my fucking cell phone.”
“Maybe Tom Brady is so fucking classy and such a fucking gentleman…”
“Surely his opinions about professional football are contained in his emails and his texts and his fucking cell phone.”
“This isn’t a fucking federal subpoena.”
“what’s his name.. fucking.. fuck… Eli”
“The whole fucking thing was about how he’s got to scuff it like Phil Niekro before he’ll ever fucking put the football in the game.”
“I talked to fucking football players..”
“There’s guys who work for the Fucking Jets and Broncos..”
“They have some slight, flimsy fucking pretense”
“It’s a fucking ridiculous smear campaign.”
“We haven’t done anything to address this crisis about domestic violence in the NFL, but the fucking football better not be 8% lighter.

FYI Simmons said fuck zero times in the segment, unlike the uncensored promo for the show although he busted a few during other segments.

Some users on Twitter suggested Affleck was drunk given he seemed to slur his words and didn’t mind throwing out some f-bombs.

Ben Affleck is so drunk on this Bill Simmons show

Ben Affleck really is drunk on this show. And I'm loving it. #AnyGivenWednesday

There was so much chatter on Affleck’s possible inebriation that Simmons tweeted some clarification.

BTW – we taped AGW in the late-AM, Ben got fired up about DeflateGate during the convo, that's it.

If this is how Any Given Wednesday operates each week, sign me up. Affleck was a huge homer and wasn’t shy to express his sports pain. That’s entertaining, even if it came across as a minor train-wreck.