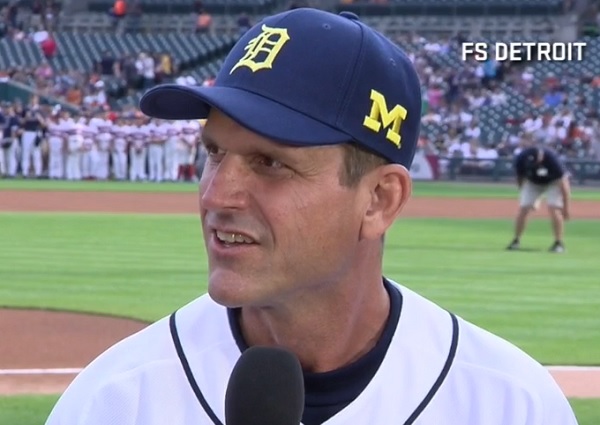 The Michigan head coach was a guest on “The Herd” Wednesday morning, and what appeared to be a light, breezy interview quickly turned awkward. Harbaugh doesn’t do light and breezy, apparently.

If you can’t listen to the clip, here’s a transcript from when the conversation fell apart (about halfway through), prompting Cowherd to cut off the interview.

Jim Harbaugh: This feels like one of those where you ask 50 questions.

JH: Do you have any eligibility, Colin?

CC: No, and I can’t play worth a damn. But I want Jim Harbaugh, the guy. I bring all these coaches on, and I want the guy. I’m a 4.3 wide receiver. Why should I play at Michigan?”

CC: This seems terribly difficult, Jim. This is just not working. I love you to death. I really do. But it seems like we’re going nowhere with this. And I love you. I’m a huge Harbaugh fan.

JH: What can I do to make your interview better?

CC: Listen, I love ya. It’s not working. I appreciate you stopping by, Jim Harbaugh.

After Harbaugh was off the line, Cowherd expressed his frustration with trying to wring an interesting answer out of the coach.

“I’ve been in the business 10 years, folks. That was a clunker,” Cowherd said. “There’s not much I can do about that. I tried. I asked every open-ended question I could. He had nothing to say. I love him. I love Jim Harbaugh. I was trying to go somewhere. I was going back to my interview tricks. Why, what, how? Nothing to say. 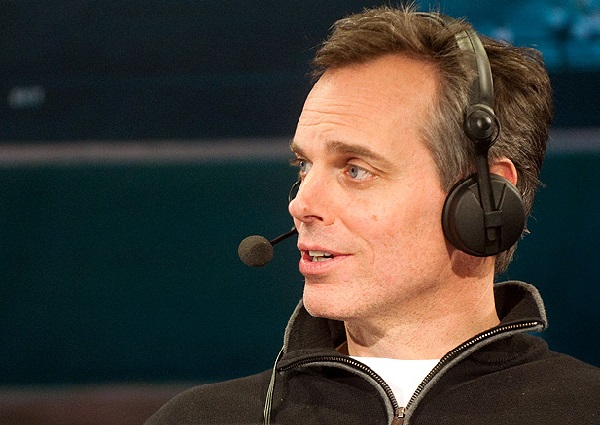 Cowherd is a frequently easy target for criticism, and if he was trying to make Harbaugh look bad with some leading questions, you might understand if the Michigan coach became terse and taciturn. But the host is obviously an experienced interviewer and asked some intriguing questions that could have yielded compelling answers and some insight had Harbaugh been willing to go along with the conversation.

Asking what sort of changes Harbaugh has made since taking over in Ann Arbor, how he views the competition in the Big Ten and what goes into putting together a game plan are hardly out of bounds queries. Frankly, that was a relatively soft line of questioning which lended itself to easy answers. It can’t possibly be the fluffiest interview Harbaugh has been through in recent months.

No, Harbaugh doesn’t have to “sell his program” on Cowherd’s show — though that’s presumably the idea every time he’s talking — and how likely is it that recruits are listening or might be influenced by his demeanor during an interview? (There is a little bit of comedy from Harbaugh apparently taking Cowherd literally when he tried to portray the scenario of a four-star athlete listening to the show.) Harbaugh can make his pitch or get high school kids to buy in during one-on-one conversations. It’s certainly not a good look for a coach that’s received almost entirely glowing coverage and become a national phenomenon since taking over at Michigan.

But maybe Harbaugh deserves credit for doing what didn’t seem possible. As MLive’s Josh Slagter cracked, the coach somehow made Cowherd look like a sympathetic figure. Perhaps Michigan fans should be excited about that. The man really can perform miracles.

UPDATE: Harbaugh heard about that “clunker” remark by Cowherd and responded.

In my experience of participating in interviews, I've found it takes 2 to produce a clunker! I'll take 50% responsibility 4 this clunker.

You know, if the coach had answered any of Cowherd’s questions like that, with a little personality, maybe we wouldn’t have had this situation to begin with.