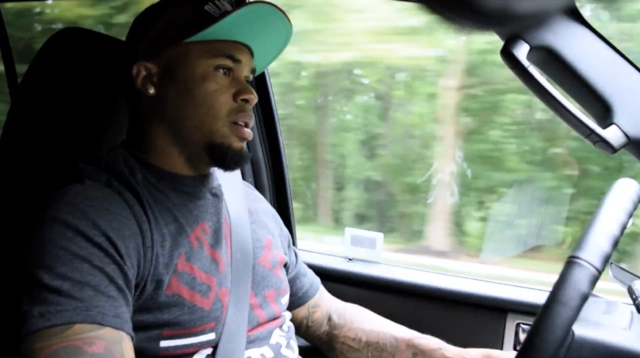 VICE Sports continues to make a push into digital video and has partnered with one of the most prolific producers of sports documentaries and feature programming in recent years for its latest series. The website is teaming up with Mike Tollin and Mandalay Sports Media to create a new series of short documentaries geared toward highlighting under-reported stories in sports.

The weekly series will cover subjects such as street football leagues in New York City and underground fighting clubs seeking to become legitimate businesses. Episodes will alternate between short films running eight to 12 minutes and shorter pieces following sports stars driving to and from events.

First up is “Ball Hawk,” which focuses on infamous baseball collector Zack Hample and the controversy surrounding him after he caught the home run ball that was Alex Rodriguez’s 3,000th hit.

Hample got plenty of press attention upon snagging the ball and deciding to keep it, and was once again in the spotlight when he and the Yankees eventually reached an agreement under which the team donated to Hample’s favorite charity in return for giving Rodriguez that baseball. But what happened in between those two developments, especially the harassment Hample was receiving from fans, is another story to tell, which is the sort of space this docu-series is looking to explore.

Upcoming episodes include “Street Bowl,” following the top teams in New York’s street football league as they compete in the first annual NYC Street Bowl, and “Miro Dreams of Footy,” a look at an former FIFA agent who brings American football palyers to Australia, hoping to shake up the sport of Australian Rules Football. Alternating with the longer videos will be “Ride Along,” which features athletes such as the Baltimore Ravens’ Steve Smith and Minnesota Timberwolves’ Karl Anthony-Towns driving to and preparing for particular games.

Tollin is a big name for VICE Sports to work with on this series as he teams with producers Mason Gordon and Catlin Callaway. He was an executive producer on several of ESPN’s “30 for 30” documentaries, including Small Potatoes: Who Killed the USFL? and Jordan Rides the Bus and a consulting producer on virtually every one of the original 30 documentaries of the series.

Additionally, he executive-produced sports docu-series such as Showtime’s The Franchise and NFL Network’s Undrafted. Upcoming projects include a Kareem Abdul-Jabbar documentary for HBO. Tollin has also produced several scripted TV shows, among them Smallville, One Tree Hill, Yahoo’s Sin City Saints and ESPN’s miniseries The Bronx is Burning.

This announcement comes on the heels of VICE Sports continuing to expand its digital video offerings by launching The Clubhouse, a sports channel featuring video series hosted by athletes looking to share their personal stories and off-the-field activities. Carmelo Anthony and Rob Gronkowski are among the first sports stars producing shows for the website.