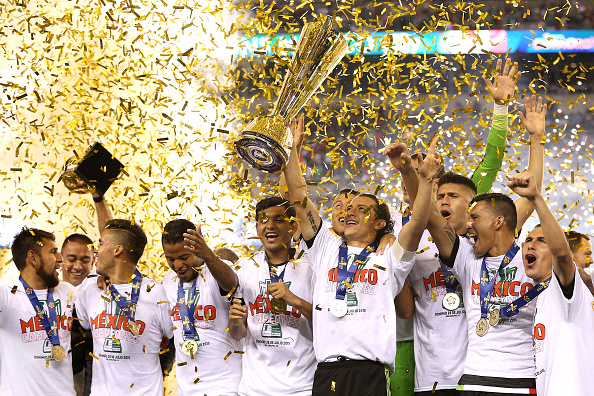 From Gold Cup to silver screen. The United States men’s soccer team failed to win the 2015 CONCACAF Gold Cup that would have secured a spot in the 2017 FIFA Confederations Cup this summer, so on October 10, Jurgen Klinsmann’s team has to face rival Mexico in a winner-take-all match being called the CONCACAF Cup that will get the big-screen treatment in movie theaters around the country.

For the first time, Fathom Events will partner with FS1 to bring one of the most anticipated soccer matches of the year into cinemas across the country – FS1 Presents: USA v Mexico.

The United States Men’s National Soccer Team will duke it out in a winner-take-all game against Mexico’s team in select movie theaters on Saturday, October 10.

Per a spokesperson from Fathom Events, tickets are officially on sale as of 3 A.M. ET Friday in select theaters around the country, including locations in major markets like New York, Los Angeles and Chicago. 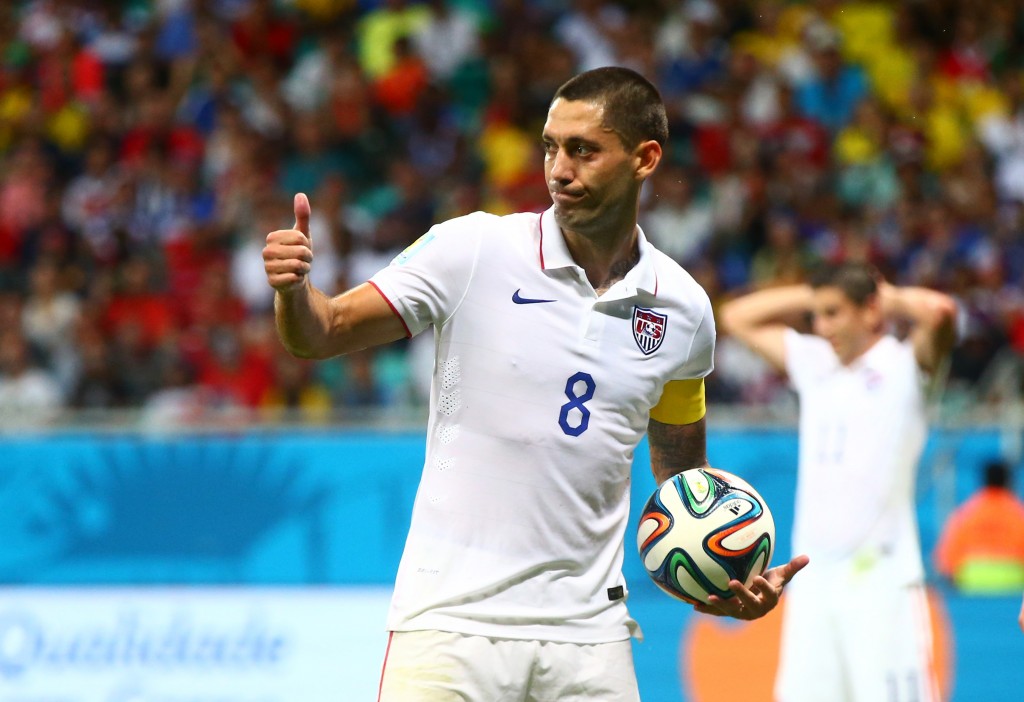 In total, the match—televised on FS1 for those wanting a more intimate viewing experience at home—is being shown in 200 movie theaters around the country. Per Grant Wahl at SI.com, Fox Sports is pretty darn excited about sharing in the big-screen experience.

“We’re really excited to be working with Fathom Events to bring the huge match between the U.S. and Mexico to big screens throughout the country,” David Nathanson, FOX Sports head of business operations, said in a release. “Live sports are the ultimate shared community experience, and the electric scene at what will be a jam-packed Rose Bowl will no doubt have fans in theaters feeling as if they’re in Pasadena too.”

The crowd will be surely be raucous in Pasadena, but expect similarly boisterous fans at locations all over the country watching on these big screens. (Note: if you want to go to the movies that Saturday night, make sure your theater isn’t next to the one showing the game. Those walls are paper-thin.)

It’s not an overstatement to suggest that the United States clash with rival Mexico will be the biggest game in Jurgen Klinsmann’s tenure as manager. Sure, Klinsmann guided the USMNT out of the “Group of Death” at the 2014 FIFA World Cup, but failing to advance past Belgium in the round of 16 undoubtedly mitigated the fervor of knockout-round qualification.

This past summer, Klinsmann’s charges were supposed to dominate the early stages of the CONCACAF Gold Cup, but not only failed to win the tournament, the U.S. failed to even make it to the final.

Still, a win will be Klinsmann’s most significant triumph with the U.S. to date, but if Klinsmann fails to beat rival Mexico in a game on American soil—kickoff on October 10 is slated for 9:30 p.m. ET—it will be the worst loss of his career, with some suggesting it should be his last as the U.S. manager.

This game is a pretty big deal.

While the crowds at these nationwide Fathom events should be enthusiastic in cities like New York, Chicago and Los Angeles, it’s the border towns that could provide the most spirited atmosphere to watch a soccer match in a public setting. It’s one thing to fill a 83,000-seat stadium with fans of both the United States and Mexico—each federation is allocated 30 percent of the tickets with the remaining 40 percent going to a lottery and corporate partners—but filling a 100-seat movie theater with fans of both teams should be a can’t-miss scene.

Per Fathom’s website, there are four theaters in El Paso, Texas showing the match, with one in Laredo, one in Pharr and another six further north of the border in San Antonio.

There aren’t any border towns in Arizona showing the match but there are two theaters in Tucson and another two in Phoenix. And while there aren’t any theaters showing the match directly on the border in California, there are ten theaters in southern California—from Hesperia and Rancho Cucamonga down to San Marcos and Mission Valley—putting on the game for those fans can’t get a ticket in Pasadena but still want to be part of a crowd.

There’s already so much on the line for October 10th‘s game, but the silver-screen experience has surely upped the ante. Still, the game can get even bigger.

We still have enough time to start a social media campaign to convince Donald Trump to watch the game at one of those Texas border towns—either the Cinemark Cielo Vista in El Paso or the Mall Del Norte in Laredo would be perfect, Mr. Trump.With Donald on board, the stakes could get even higher: winner gets the CONCACAF spot in the 2017 Confederations Cup; loser pays for the wall!

For a full list of Fathom sites to watch the game in your area, click here. In an attempt to see the price and purchase tickets, the links to five theaters in my area came up with errors. Hopefully for fans around the country, they’ll figure that part out soon.