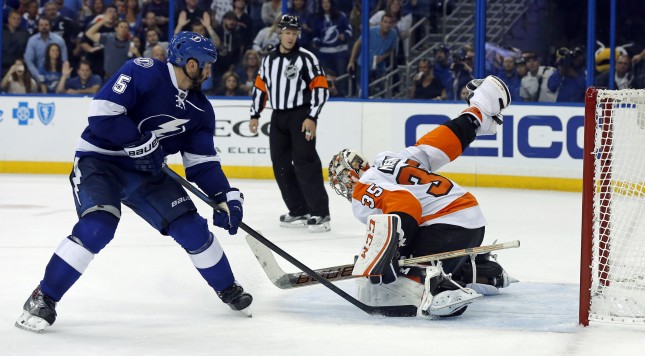 When the NHL announced they’d be changing the overtime format from 4-on-4 to 3-on-3, I was excited.

I’m not as lukewarm on the shootout as other people seem to be, as it totally eliminated the tie, which made hockey games feel like they had a certain degree of pointlessness. But, it didn’t seem all that fair to go to a shootout, where goals weren’t officially scored to decide the game. Scoring in overtime is infinitely more exciting than winning a game on a novelty, and three-on-three overtime sounded absolutely bananas.

Watch as the Sedins almost win 3-on-3 overtime in four seconds pic.twitter.com/4I8d65TpxA

The AHL had success using a 3-on-3 model. The league had a seven-minute OT, which would start 4-on-4, but would change to 3-on-3 following the first three minutes. The move drastically cut the number of shootouts. After seeing it work well, its parent league was ready to give something similar a try. Imagining NHL players having that much open ice to play with, made the transition seem like a no-brainer.

“There’s not the depth of skill in the AHL as there is in the NHL,”Winnipeg Jets coach Paul Maurice told Gary Lawless of TSN.ca. “[In the NHL] there’s going to be nine players that can go out and score.”

Maurice has got a point. These are the most talented players in the world going full speed. It’s not the question of if a high quality scoring event will happen, but when. Skill is the most exciting thing to see, and three-on-three overtime rewards it. Put your three best players on the ice and watch the magic happen.

Through the first few weeks of the season, nobody seems to be complaining about it.

Watch this video of the Philadelphia Flyers versus the Tampa Bay Lightning participate in 3-on-3. There’s scoring chances happening all over the place, amazing saves, a penalty shot, 2-on-0’s, and no slowing down from any of the players.

What’s great about how this game finishes is defenseman Jason Garrison wins it on a breakaway with a nice deke. That’s the last person you’d think would pull that move off, but in 3-on-3 overtime, anything is possible. If only Marek Malik was still playing and could participate in these.

The only players it may not be exciting for are goalies and defensemen, as New Jersey Devils defenseman Matt Niskanen pointed out.

“I wasn’t really sure about it at first,” Niskanen told the Globe and Mail, “Now I think it’s probably going to do what it was designed to do: Teams are going to get ‘grade A’ chances, and if that’s what people want to see, then let’s do it. Fans are going to love it and the forwards are going to love it. Goalies and ‘D’? Maybe not as much.”

But that’s a small problem to have. Fans come to see big goals and saves, not defensively responsible games. There’s plenty of time in the game for that to happen.

The format works. It’s exciting for fans and for players. You can’t look away because at any time something exciting can happen. In 3-on-3, that’s when the wheels come off and the real show happens and the NHL is all the better for it.