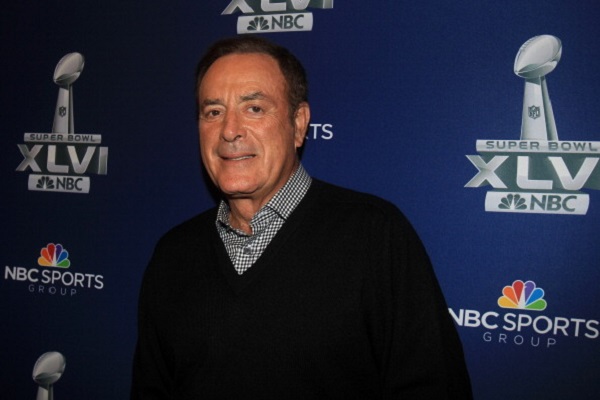 Boxing and network television haven’t been a pair for decades. Though once upon a time, the sport could be seen Saturday afternoons on ABC’s Wide World of Sports. There were even fights broadcast over the air during prime time.

However, boxing long ago sold its soul to pay-per-view and the big revenues that come with charging viewers $70 or more to see fights between top contenders or championship contests. Otherwise, fans of the sport who don’t want to pay premium prices are left to watch boxing on ESPN 2, Fox Sports 1 or NBC Sports Network, typically later at night or on weekends.

But NBC is looking to change that in a big way. This week, the network announced plans to televise what it’s calling the Premier Boxing Champions (or PBC) series. In partnership with Haymon Boxing, NBC will televise 20 “PBC on NBC” events, including five to be shown in prime time on Saturday nights.

NBC is also rolling out its biggest play-by-play voice for its re-entry into the prime time boxing business. Al Michaels will be at ringside for the “PBC on NBC” Saturday night bouts. The Emmy award-winning broadcaster has plenty of experience in the fight game, calling the 1985 championship bout between Marvin Hagler and Sugar Ray Leonard, along with several matches on Wide World of Sports. Michaels and Leonard will reunite for the Saturday night telecasts, as the five-time world champion will provide analysis at ringside.

Between the talent in the ring and behind the microphone for its prime-time telecasts, NBC is putting some major star power into this venture. The question will be whether or not the network and Haymon Boxing can consistently put together quality fights for the “PBC on NBC” series. That’s the only way this series will be able to compete with the programming available on HBO and Showtime.

Lamont Jones, vice president of operations for Haymon Boxing, promises name fighters will appear three to four times a year on the network. Jon Miller, president of programming for NBC Sports and NBC Sports Network expects the partnership with Haymon Boxing to maintain a high standard in the caliber of boxing talent available and isn’t worried about the quality of matchups suffering as the series progresses.

“Not only am I not concerned, but I’m anticipating that the next fight we do after this will be just as big, if not bigger,” Miller told Yahoo Sports’ Kevin Iole. “I have every reason to believe from what our conversations have been and the way we’ve dealt with our partners that they’re going to continue this level of prime-time exposure with these kinds of fights.”