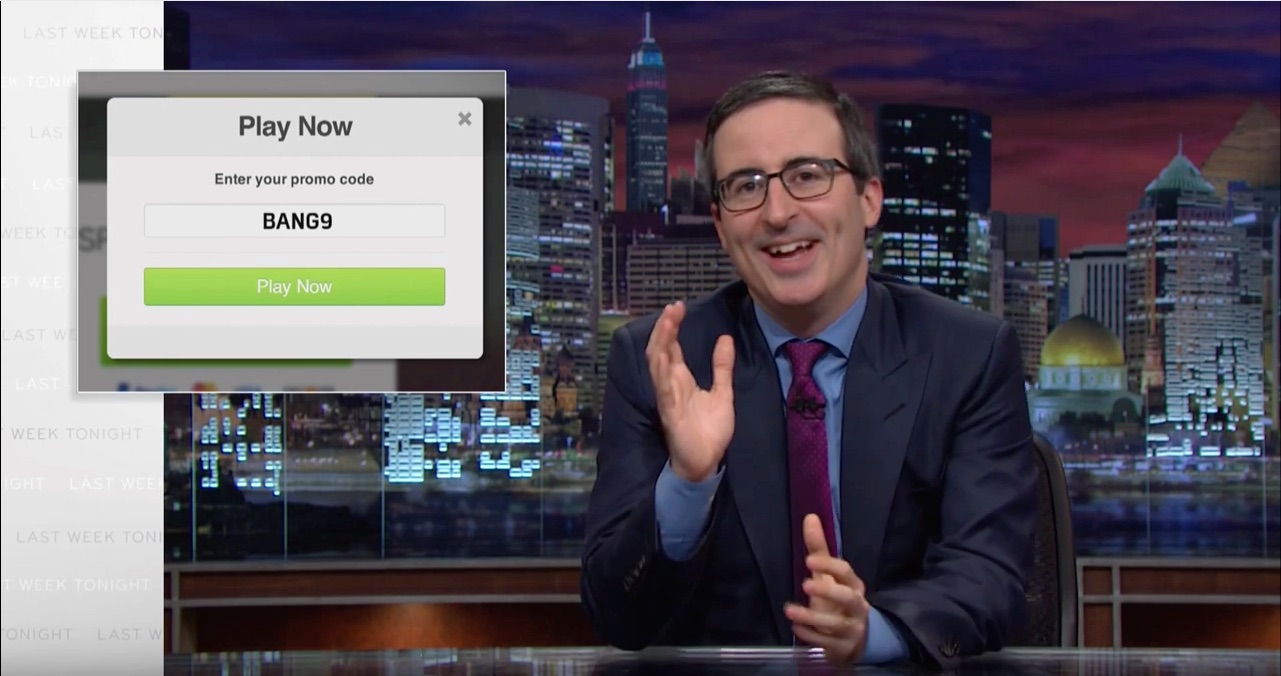 That’s how Last Week Tonight host John Oliver led his 19-minute rant on Daily Fantasy Sports on Sunday night, delving into all the ups and downs of the last few months in the industry’s brief yet insanely lucrative history.

“It’s the same as season-long fantasy the way a nice mug of tea is the same as a nice baggie of heroin. Both give you a lovely warm feeling. One’s a little more intense.”

Oliver ran down the list of media conglomerates in bed with the daily fantasy sites, including his own network, HBO, which is a subsidiary of Time Warner, leading Oliver to point out that, “this joke about being compromised is, in a sense, brought to you by FanDuel.”

In a sense, all of media is brought to you by FanDuel or DraftKings. Some of our media partners are funded by the lot as well. It’s absolutely unavoidable.

The debate Oliver focuses on most pointedly is whether or not DFS is considered gambling. Of course the companies want us to think it’s not. By calling DFS a game of skill, it allows the games to continue as “not gambling” and therefore subject to different regulations and laws. And yet, from a user standpoint it’s somewhat hilarious how many players try to convince otherwise reasonable people that daily fantasy isn’t gambling. One such DFS supporter tried to tell me DFS it isn’t gambling because of the skill needed to play as compared to other games, like poker, which he told me “is just the luck of the cards.”

What I wouldn’t give to end up at an online table with that guy one day. Oh, that’s right, we can’t, because poker is gambling, and the government banned it on a national level.

Let’s not confuse the issue here: almost everyone outside of those in charge of such decisions within the federal government thinks that gambling of all kind—especially sports gambling—should be legalized and taxed and regulated across the country. Calling DFS “gambling” isn’t saying we don’t like it, it’s merely pointing out that it’s no different than picking games or playing cards or watching a ball spin around a virtual roulette wheel.

There is skill and luck in all those gambling endeavors. Please don’t tell me or anyone with a brain that DFS is more skill than other forms of gambling when Ben Roethlisberger had one of the best games of the season on Sunday because Landry Jones—starting in his place—rolled an ankle, leading to some lucky-and-in-no-way-skilled person somewhere in America to reap the benefits of forgetting to bench Big Ben before Sunday’s kickoffs began.

As Oliver’s coverage points out, the DFS debate isn’t going away. It just getting a lot funnier.