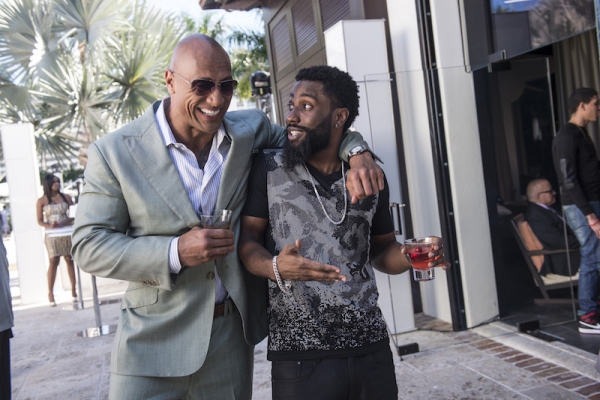 I have a lot of scattered thoughts on HBO’s upcoming dramedy, Ballers, but a summary of findings after having watched the first four episodes can be found below.

This looked like Entourage but instead of movie stars, for athletes. Is that what it is? Yes, pretty much.

If I just HATED Entourage and thought everyone who liked it was a brotastic douche, will this essentially give me another litmus test to see if someone is a douchebag? Yes. How is the weather in Brooklyn?

Are the characters and the plots believable or just ridiculous? Very much believable, only because the lives of athletes are largely ridiculous.

Will Ballers achieve commercial success? Yes, almost 100% assuredly this will get picked up a second season and be off to the races.

Will Ballers achieve critical success? Probably some, but for the most part, I don’t see critics singing its praises or the show entering the class of elite Sunday Night programming that brings ample Monday morning analysis on some of the more influential sites. I also don’t foresee Ballers initially having the same type of award success Entourage had — although a lot of that came many seasons in.

Will athletes and brands sink their teeth into Ballers?  Oh, most definitely. It’s not hard to see a lot of athletes commenting on the show on social media, making future cameos, etc. By the same token, brands will most certainly angle to be a part of the show as well.

So rhetorical question guy, will you be watching? Yes. The bulk of HBO original series are about taking you into some unique world. Sometimes that concept is done at a very high level, often it’s not, and often a show can ebb and flow back and forth in terms of quality.

For me personally, I usually stick with a HBO show as long as I have some minimal interest in the world they’ve taken me into and have some characters that I find entertaining or interesting. I’ve stomached bad episodes and seasons as well as characters I wanted to strangle spanning Treme, Girls, The Newsroom, and yes, Entourage, which never either got over or stayed on the good side of the elite HBO fence.

Ballers meets the criteria of taking me into a world I’m interested in, and while there are some things that irked me and I’m sure some critics will zealously bemoan various aspects of the series, I’ll be watching and hoping the show and its characters evolve for the better, rather than sinking into the gratuitous and simple cliches that modern day athletes are known for. 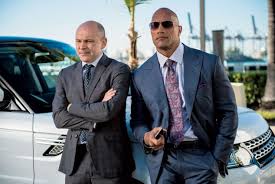 I didn’t come into this review process looking to attach Ballers to Entourage like two inmates being transported to a new facility. That seemed like the easy thing to do — to paint a totally new and different show with a wide brush, comparing it to a series that just so happened to be back in the news, thanks to the recent release of its movie.

But ultimately, it’s more than fair to stylistically group the two shows together. Even if you strip out the partying, the sex, the girls, the cars, the cameos, and the risque sexual dialogue, there is still much shared DNA besides both being 30-minute Sunday Night HBO dramedies.

The show was created by Steve Levinson, who wrote the pilot — and yes, was one of the producers and writers of Entourage. Mark Wahlberg is also an executive producer and the shows share two production companies, in addition to similar themes of balancing career ambition with enjoying the spoils of success.

Ballers is a series that because of the initial setup raises a lot of eyebrows. I mean, it’s The fucking Rock… on television (actually “It’s not television, it’s HBO!”)… on Sunday nights… launching alongside True Detective‘s second season. Add in the subject matter of professional athletes and the management of the careers, financials, health, and reputations in an era where we’re transfixed on these things like never before and Ballers will attract a lot attention.

The Rock (or Dwayne Johnson, but I just can’t not call him The Rock — the same rules apply to Hootie) is solid, and more importantly, believable in the lead role playing Spencer Strasmore, a recently retired NFL player now finding his footing as a financial manager. Not having watched much of his acting career, it took a bit of acclimation at first because I kept saying “Oh shit, The Rock is here and damn, his suit game is strong!” but by the second episode, he was no longer The Rock but Spencer Strasmore. I like Spencer.

Shame on anyone who goes the cynical route of negatively comparing Strasmore to the popular “anti-hero” concept of character depth (and acting) that Don Draper, Tony Soprano, and Walter White have set the bar with. Through the first four episodes, I have The Rock out ahead of Adrian Grenier (Entourage‘s Vinnie Chase) and Thomas Middleditch (Silicon Valley‘s Richard Hendricks), and hell, he’s probably about even with Steve Buscemi (Boardwalk Empire‘s Nucky Thompson), which is not bad considering five years ago, The Rock was starring in The Tooth Fairy.

Strasmore has been brought on — but is seemingly not yet established nor respected — at a financial management firm where there is pressure from his mentor and friend, Joe (played by Rob Corddry), to “monetize his friendships.” Strasmore is hesitant to do so and hence his status in the company is questionable. But after taking stock of the chaotic and volatile lives of the current and former players he is friendly with, Strasmore turns the corner knowing his help and guidance is at very least an improvement from the status quo.

One minor gripe is that I’m not sure Strasmore — who is called by many as “Golden Boy” — would actually have this position in real life. In a later episode, people ask if he’ll end up being a GM, a television personality, or maybe one day a NFL owner. He’s that affable and charismatic, to the point where you wonder why he’s in financial management to start with.

I’ll refrain on sharing too much on Strasmore’s group of friends, players and former teammates.  The good thing is that they’re not all cut from the same cloth, but yet to some degree fit some type of cliche or label you can put on an athlete. Thus far, those roles have been sufficiently acted — albeit with a lot of possible upside in character development. At a high level, there is a defensive lineman whose family and entourage are a financial and strategic bag of rocks chained to his leg; a wide receiver who, despite good intentions, seems to be unable to stay out of trouble; and a recently retired lineman trying to adjust to the monotony of life after football, while questioning if he left the game too soon.