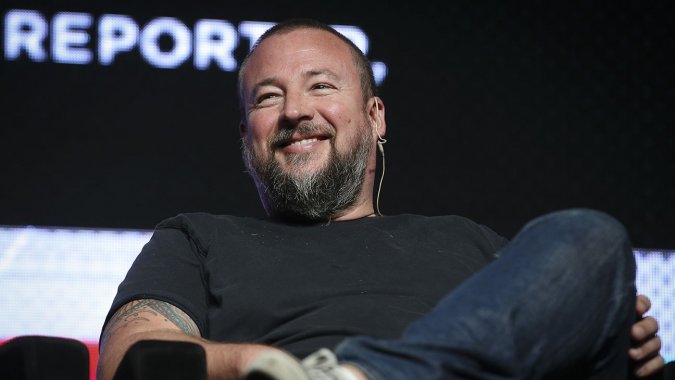 Budget cuts at ESPN are very real and played a big factor both in recent layoffs and the closing of Grantland, but parent company Disney seems to still have plenty of money to throw around. According to Keach Hagey of The Wall Street Journal, they’re preparing to invest $200 million in Vice Media. That speaks to the larger rise of Vice and the increasing role of outside investment there, but it also shows that Disney is still willing to make bets on unconventional content that’s avowedly targeting millennials.

This isn’t necessarily a case of “fund Vice and not Grantland,” as this money’s out of the Disney budget rather than the ESPN budget, and Vice has some specific growth opportunities Grantland didn’t (in particular, its forthcoming TV channel, which is the focus of Hagey’s piece.) Still, the timing here is notable, as is what this says about Disney’s overall content strategy. Here’s the key part of what Hagey wrote about the forthcoming deal, which goes beyond just an investment from A+E Networks (the Disney/Hearst joint venture involved in giving Vice a TV channel) to a further investment from Disney itself:

Interest in the company has been strong: In addition to past investments by the likes of 21st Century Fox and A+E, Vice is now in talks to receive an additional investment of roughly $200 million from Disney and transfer another roughly 7% of its equity to A+E, according to people familiar with the matter.

The numbers of big media companies involved with Vice are remarkable, from Disney to Hearst to Fox to Time Warner (which owns HBO, where the Vice TV series is set to air through 2016). Vice also has strong interest from advertisers (Hagey’s piece mentions a standing-room-only pitch to advertisers in spring upfronts for a channel they didn’t even have yet, which now appears set to take over A+E’s H2 in the coming spring) and significant revenue; they claim $1 billion annually, but the WSJ piece notes that it’s probably under $500 million under generally accepted accounting principles that don’t count future revenue, which is still pretty remarkable for a new media company. Thus, Disney’s far from the only one making a big investment here. Still, Vice and its history of edgy and provocative content is a long way from the standard approach for a company criticized for safe moves like “Mickey and Mickey in the morning“, and a company that decided DraftKings was too controversial to invest in.

Again, this isn’t necessarily about choosing Vice over Grantland. They’re different properties with different revenue streams, and taking a partial stake in an outside media company is a separate ball of wax from operating your own content-producing website. There’s also a difference between decisions made at the ESPN level and ones made at the Disney level; ESPN may never have had a chance of accessing the $200 million involved here. Still, at the Disney level at least, there doesn’t appear to be much fear in taking a big gamble on a long-term investment in a media company targeting millennials (and one that’s far more edgy than Grantland ever was). Vice looks to be a group they’re quite willing to work with and bet on the success of, which could be really funny if the rumors of Grantland founder Bill Simmons potentially working with Vice as well as HBO (which include an invitation from Vice Media CEO Shane Smith!) come to pass someday…