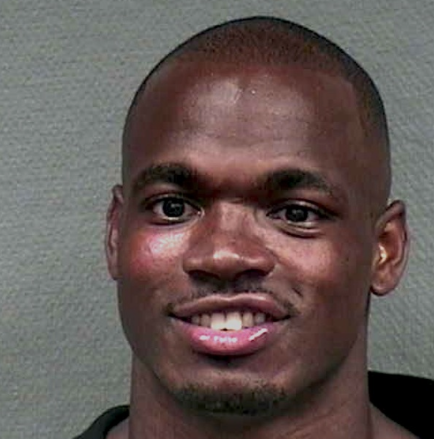 The Minnesota Vikings reinstated embattled running back Adrian Peterson to the team after deactivating him for Sunday’s game against the Patriots.  The Vikings’ decision to stand by Peterson was already controversial before new allegations of child abuse arose Monday night.  One group of Vikings fans were so disgusted they shut down a popular message board for the team.

The Adrian Peterson saga took a couple astonishing turns on Monday.  After sitting Peterson in Week 2, the Vikings announced that he would return to practice and play against the New Orleans Saints in Week 3.  Perhaps projecting the public backlash to come, both the team and the player produced carefully-crafted statements on the matter.  Vikings owner Zygi Wilf played the “due process” card, which somehow always has a direct correlation of being played in direct relation to the talent of the player.  Funny how that works.

And just like the Ray Rice scandal, the Adrian Peterson controversy has gone from bad to worse for the Vikings and for the NFL.  The team’s decision to reinstate Peterson has fallen under increased scrutiny after more detailed child abuse allegations have been lodged at Peterson.

With this being one of the worst weeks in the history of the NFL, it has a lot of dedicated fans doing plenty of soul-searching when it comes to supporting their teams and the league.  It’s also led to a lot of ugly debates as fans blindly pledge their allegiance to players either seen (or accused of) committing horrifying violent acts.

The folks behind VikingsMessageBoard.com saw enough.  The popular message board site abruptly shut down on Monday.  The site’s administrators posted this statement explaining the decision, laying the blame at the feet of the team for reinstating Peterson and posters for supporting the decision.  (At the time of posting, the URL address merely displayed “What?”)

Vikings Message Board has been shut down permanently. It will not return. There are two primary reasons.

1. The Vikings cowardly decision to reinstate a child abuser and think that an apology will make this blow over. We will not stand for this arrogance and we will no longer be the home of any support of the Vikings. We stand for those who cannot defend themselves.

2. We will not give a voice to those who think child abuse is “cultural” or worse, openly advocate child abuse as a reasonable method of punishment. This ends here. Yes, a few board members have ruined it for everyone. Congratulations, assholes.

edit: we have replaced the word “thugs” with “those” to avoid any potential racial connotation. it wasn’t intended and appears to be distracting from the real message that child abuse is never okay.

Here’s an image from an Archive.org search from July.  At that point, the site had collected over 2,000 members and had well over 400,000 posts.

Combine this dramatic action with the fact that Radisson hotels are suspending their sponsorship of the Vikings and these are some of the first tangible actions that show fans and sponsors turning their backs on the NFL.

While there might not be dollars involved with the Vikings Message Board, it makes it no less a powerful act.  First, it’s encouraging to see a group of people refuse to be brought down by the worst of internet commentary, even if it is a message board, and well, that kind of behavior is expected.

More significantly, this is a message that certainly needs to be delivered to the NFL’s 32 owners – it’s not all about wins and losses.  If even the most passionate Vikings fans are rejecting Adrian Peterson’s reinstatement and abandoning the team, it’s a clear sign that the franchise got this one dead wrong.

This is just the beginning for the Vikings and the NFL.  Unless there is some serious, swift action taken that goes beyond hollow PR moves, more fans and sponsors will be empowered to do something better with their time than support a league that defends the indefensible.