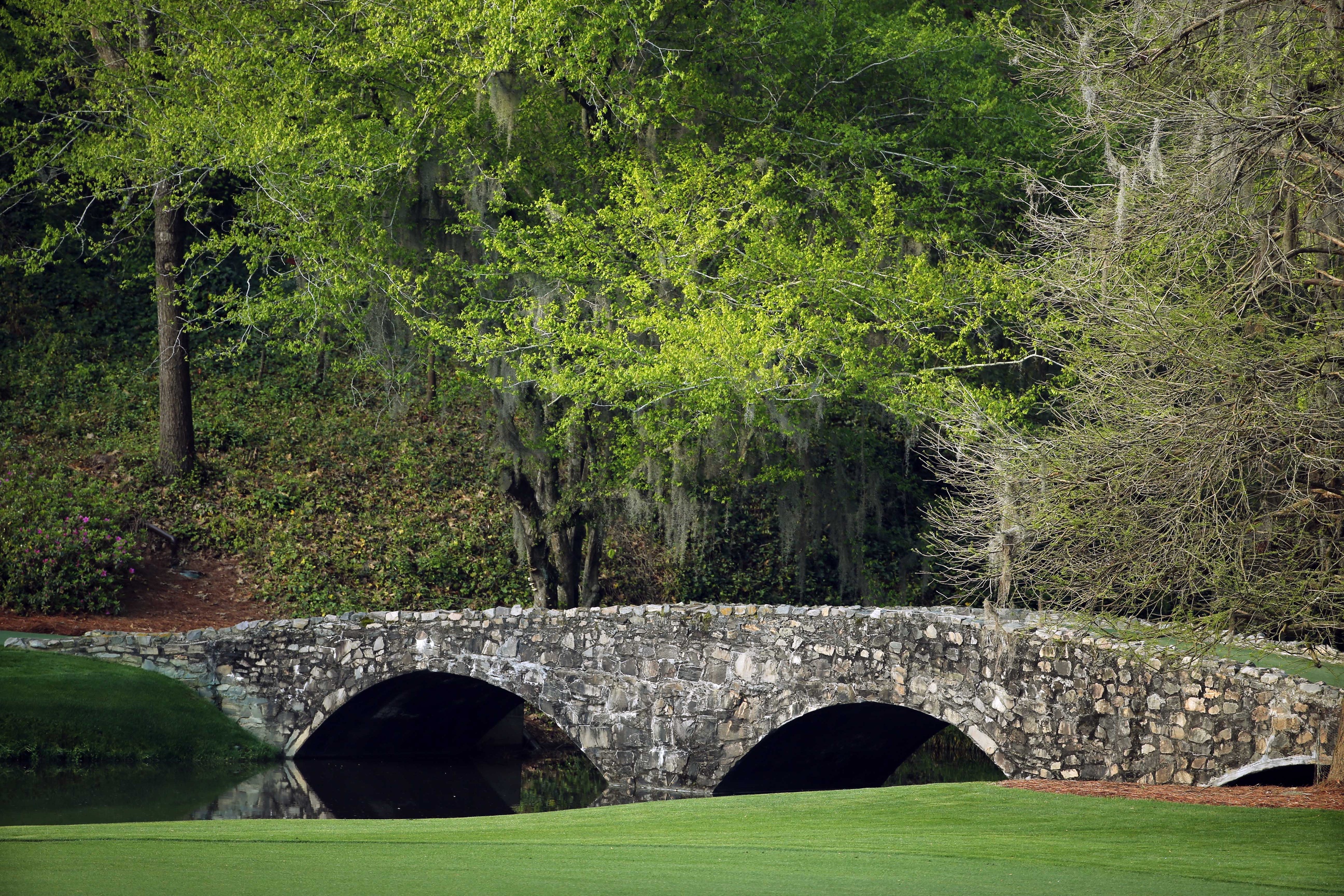 Crank up the theme, start thinking of azaleas, and be sure to get the signature line right.

The Masters, a tradition unlike any other.

Despite a certain player not being in the field for the first time in 20 years, CBS still is going ahead with its plans to air the tournament. Indeed, the Masters is and always will be a celebration of golf. And just golf.

That goes to the core of the entire presentation. The telecast also is one of the reasons why we look forward to the Masters every year.

In an age of loud, blaring music, everything being sponsored, and all sorts of other clutter, the Masters remains the most pristine telecast in sports television. Perhaps in all of television.

You won’t hear endless promos for “Two Broke Girls” from Augusta National this week. That replay won’t be brought you by State Farm. They won’t show two shots and then cut to another three-minute block of commercials.

Obviously the technology is light years better, but at its essence, CBS’ coverage of the Masters is the same as it was when Jim McKay was on the call of Arnold Palmer’s victory in 1960. It is an annual reminder that sports TV used to be a much simpler viewing experience.

Say what you will about them, but Augusta National officials, who could collectively buy CBS (remember, Bill Gates is a member), continue to pass up big TV bucks to maintain the purity of the Masters telecasts: Only four minutes of commercials per hour and, blissfully, no network promos.

Naturally, Verne Lundquist is a big fan of the format. Now in his 50th year in the business, he enjoys stepping back into time every April.

“It’s refreshing,” said Lundquist, who will work his 30th Masters this year. “It adds to the quality of the event. You use the word ‘pristine.’ The fact that we don’t do commercials and don’t do promos for what’s coming up on Monday night adds to the pleasure of the telecast.”

Jim Nantz, who will be on the call for his 29th Masters, gets mocked at times for his reverence for the tournament. But really, could he do it any other way?

The telecasts aren’t an assault on our senses. Rather, the pace and the place allow the viewer to breathe it all in.

Nantz’s partner, Nick Faldo, echoed that sentiment. “It’s the one place where you pause for thought,” he said. “You let the pictures tell what you want to say.”

Prior to Sunday’s final round, Nantz will host a documentary on Faldo, who won three Masters. Faldo’s answer to a question underscores Nantz’s approach in calling the tournament.

“I asked Nick, ‘What was it like to play the Masters?’” Nantz said. “He said, ‘You feel like every shot is a piece of history.’ He never played another tournament where he thought about every shot like that. That’s the weight you feel as a player.

“I’ve got to tell you, as a broadcaster, I feel the same way. I feel every single word that leaves my lips is documenting part of history, part of my personal history. There’s tremendous importance to get it right. Whatever that caption might be, you want it to be your all-time best.”

Nantz will be working his 29th Masters this week. He still can recall in vivid detail his first when, as a 26-year-old, he was in the 16th tower during Jack Nicklaus’ epic victory in 1986. He was so nervous, he almost couldn’t get out the words.

“I was paralyzed with fear that I wouldn’t get asked back for 1987,” said Nantz, who has set a goal of working 50 Masters.

Where to Buy Modafinil Online in 2020. Every day can be a great day! How? Read our Modafinil reviews and buy modafinil online safely. Learn how this smart drug pill can enhance every area of your life. Learn, remember, and apply new knowledge effortlessly with laser-focused study. Increase productivity and regain creativity at work.

Lundquist also thinks about his first visit to Augusta National every year. When he arrived to the course, then-director Bob Daily pulled up in a golf cart.

“He said, ‘Laddie, I really want you to see this place,’” Lundquist said. “It’s one of my most vivid memories.”

At 73, Lundquist knows his days at the Masters are winding down. So perhaps even more than ever, he is cherishing his time at Augusta National.

Speaking for the entire crew, Lundquist said, “It truly is a treasured experience for all of us to be a part of it.”