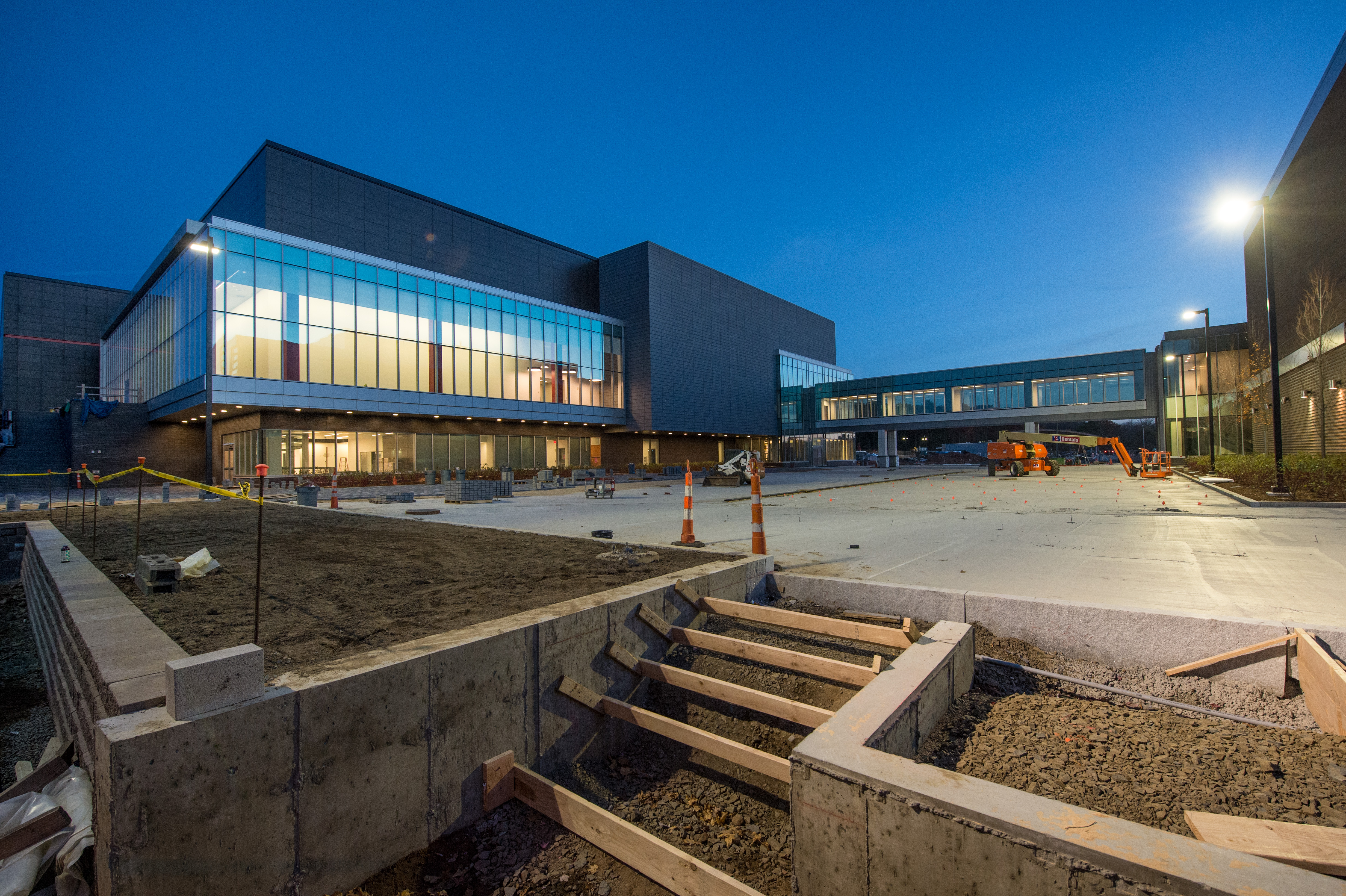 Keeping up appearances in the sports media world is a necessary and expensive undertaking. Doing so with an ever-crowding field of competitors makes it even more vital to a network’s success.

ESPN held a grand opening ceremony for its new 194,000-sq. foot Digital Center 2 – or DC-2 – on Monday, making the $178 million undertaking visible to the public. The Bristol, Conn. complex will house the new SportsCenter-specific studio along with four other studios, six production control rooms and 26 edit rooms.

SportsCenter itself will move into its DC-2 studio from its place in the original Digital Center. Because of studio space and time constraints, SportsCenter’s current studio was only designed for three hours of live daily content in 2004. This new studio will allow the flagship news show to broadcast 18 hours of live content a day.

To match what Fox Sports 1 did with the look of its studios, the DC-2 looks like a modern architect’s dream. The primary studio is a 6,500-sq. foot Studio X, separated from the other, smaller 3,500-sq. foot Studio XA – in which ESPNEWS will host its versions of the daily news and highlights show – by a mammoth glass wall. Other than the sheer size of it, the facility is “format agnostic,” meaning it is designed to handle the current technology of television as well as future capabilities not yet invented. Every inch of the set will drip with LED screens (56 of them) and interactive monitors (114 video and graphic display screens), with a video floor, paired with the “Social Media Studio,” which is a side room that will allow celebrities, analysts and guests to interact with fans during the show.

In conjunction with these facilities, the ESPN campus in Los Angeles is also being updated so the look of SportsCenter doesn’t change when the anchors in Bristol sign off for the night.

Debuting in June, SportsCenter will have a new address but will also come with new graphics, animation and new music. The melody will stay the same, but ESPN has prepared three different themes for day time, night time and serious news events.

From the sounds of the new set, the SportsCenter you know will look vastly different soon in another chapter in its ever evolving lifespan.